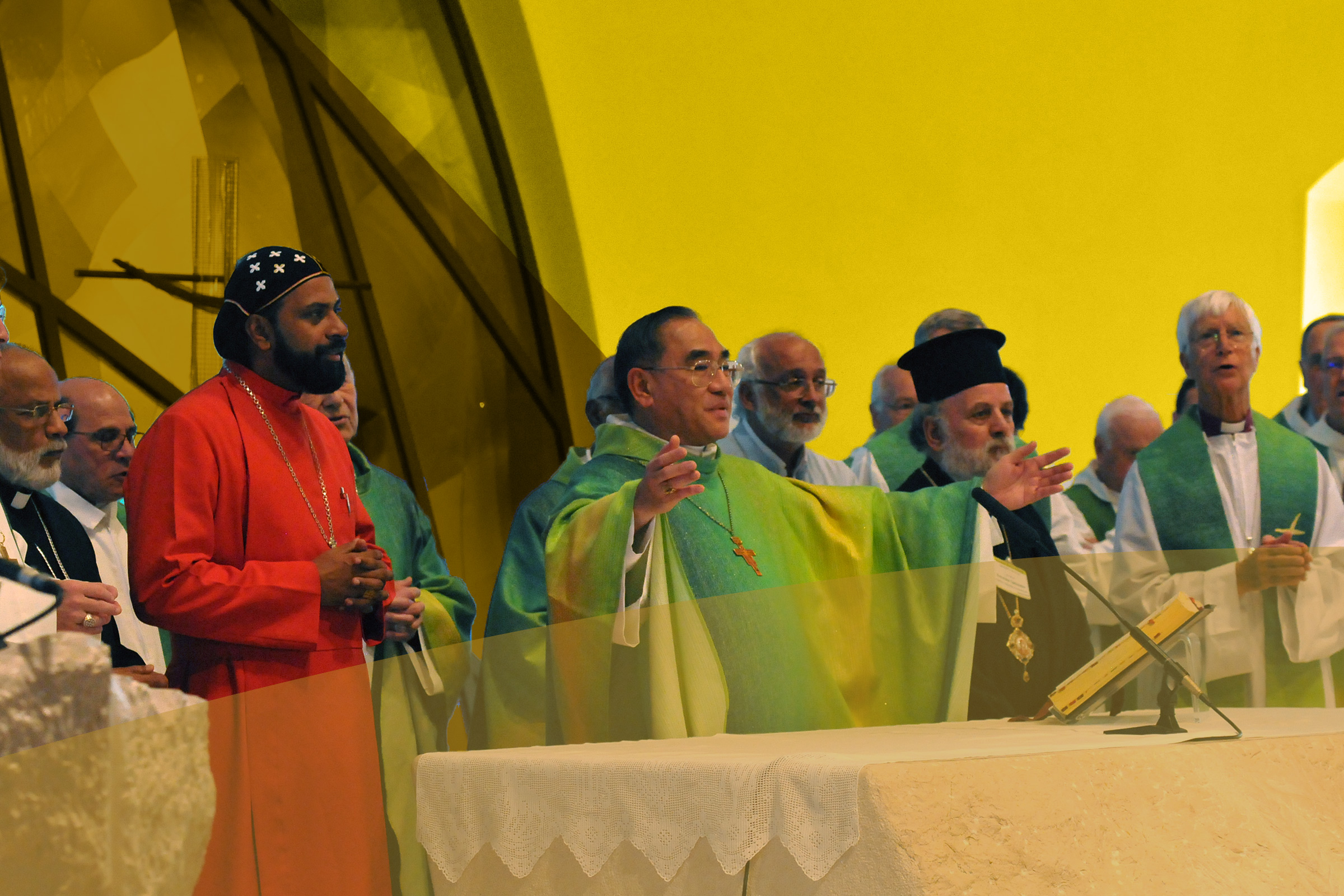 A spirit of communion

Enraptured by the natural beauty found at Loppiano, one could have the impression of perceiving God’s presence in the nature one sees – in the trees, in a flower, in the vines and meadows, in the charm of a hillside.
In the daily life of the little city, we can also experience the presence of God-among-us, which comes from the living of the fundamental law on which Loppiano rests:

«Love one another as I have loved you»

Its inhabitants, in fact, make a true pact: to try to live this sentence of the Gospel in every place and in every moment of the day, in the continuous commitment to welcome and love those one meets, with simplicity, hospitality and mutual mercy. It is a proposal for life that, in freedom and diversity, draws in even those who come to visit and makes “everyone at Loppiano feel at home!” (Pope Francis, May 10, 2018).

For this reason, it is not unusual to meet friends of other Christian denominations, as well as Jews, Muslims, Hindus, Buddhists, etc. Thanks also to their presence, the little city can be defined a city of dialogue, a city of fraternity.

The Word of Life

Each month everyone in Loppiano, as throughout the entire Focolare Movement, strives to go into depth and to live a sentence from the Bible, the “Word of Life.” Then, to encourage and support one another, they gather in small groups to share their experiences on how they had tried to live that sentence that month, an expression of their commitment to the change of mentality generated by the Word put into practice. Translated into about 90 languages and dialects, the “Word of Life” reaches several million people worldwide. 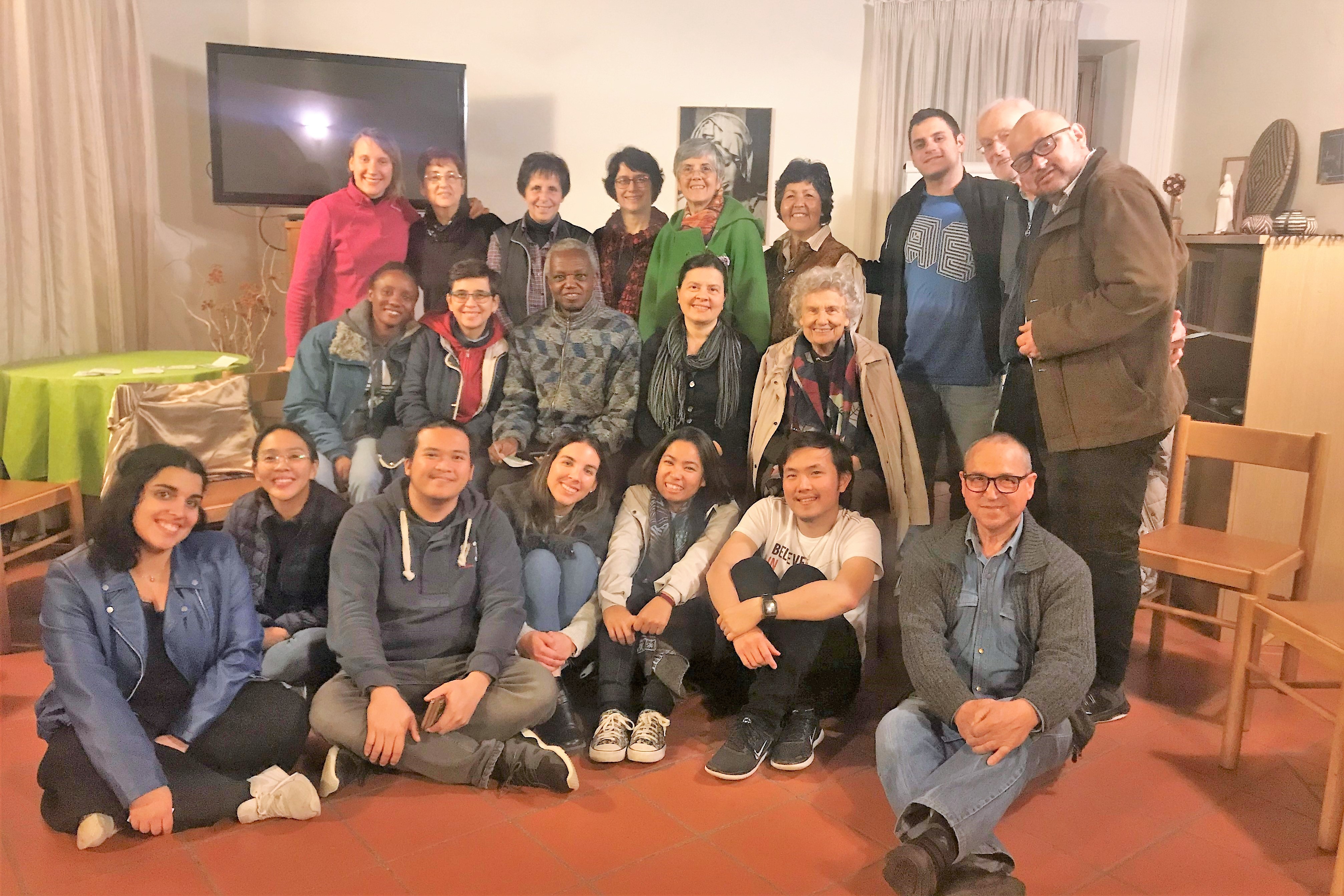 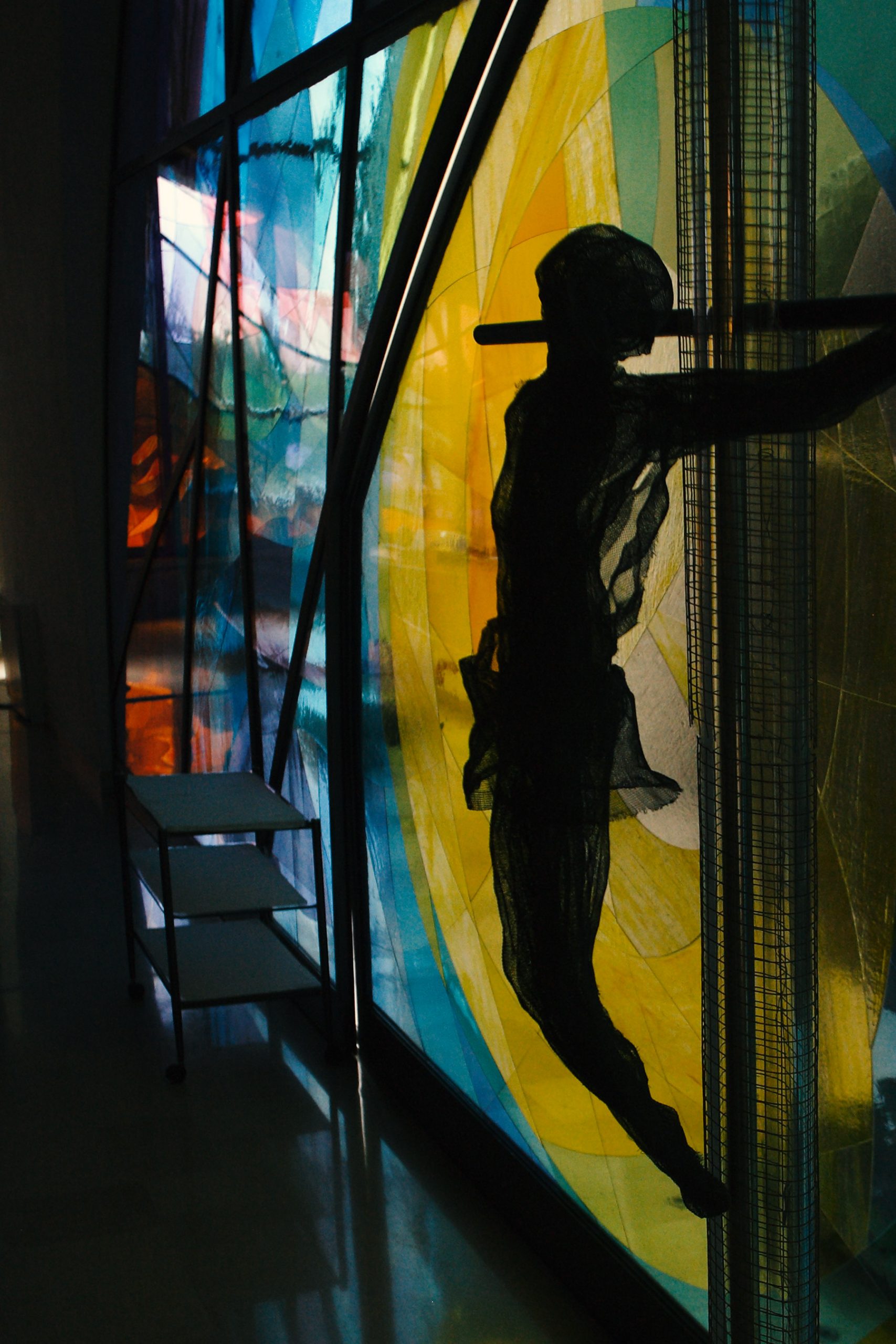 «Let us build, not with stones, but with people, a shrine to Mary; let us all strive to become a little Mary, so that those who come here can breathe her atmosphere, like pilgrims who go looking for her and find her not in the stones or walls, but in the people.».

Going to God together means also having places where it is possible to pray together. Named after the Mother of God, the Maria Theotokos Shrine is where the Most Holy Mass is celebrated daily, a time of encounter and family for everyone. Thus, it is a sacred building, set as a “‘seal’, the highlight of the little city, indeed a symbol of how much one strives to live in it,” as Chiara herself stated on May 15, 2003, on the occasion of the laying of the first stone. The church, inaugurated and consecrated on October 29, 2004, was built thanks to donations from the faithful and from the contribution of the Italian Episcopal Conference. On November 1, 2004, Bishop Luciano Giovannetti, then Bishop of Fiesole, proclaimed the church to be a “Marian Shrine” and, since that time, it has been a point of reference and meeting place for the entire Diocese of Fiesole. 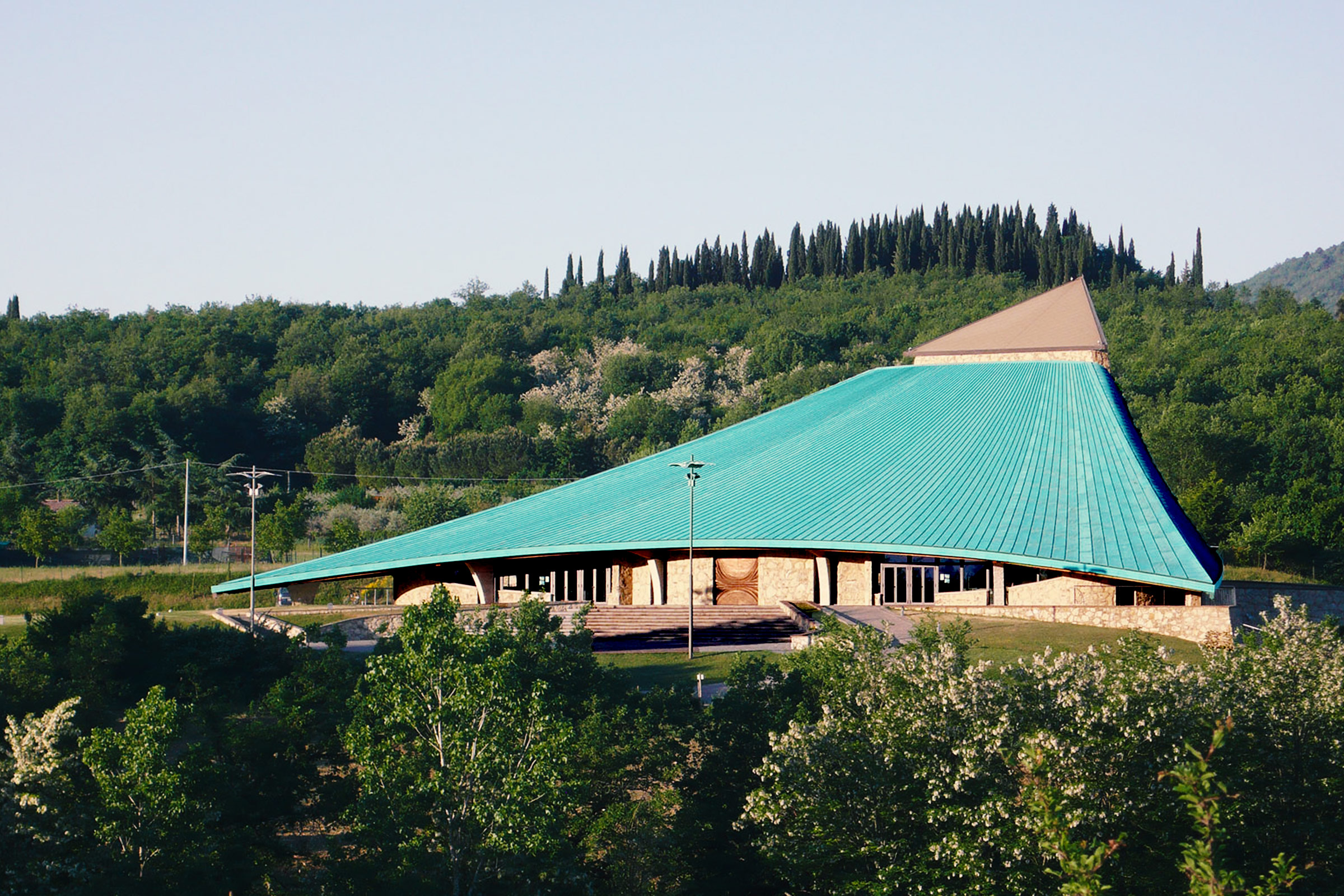 A place of prayer for all Christians

The Maria Theotokos Shrine also houses an Ecumenical Chapel open to the different Christian denominations. Located on the first level of the triangular bell tower, this Chapel was inaugurated on October 30, 2004, in the presence of a significant group of representatives from various churches. 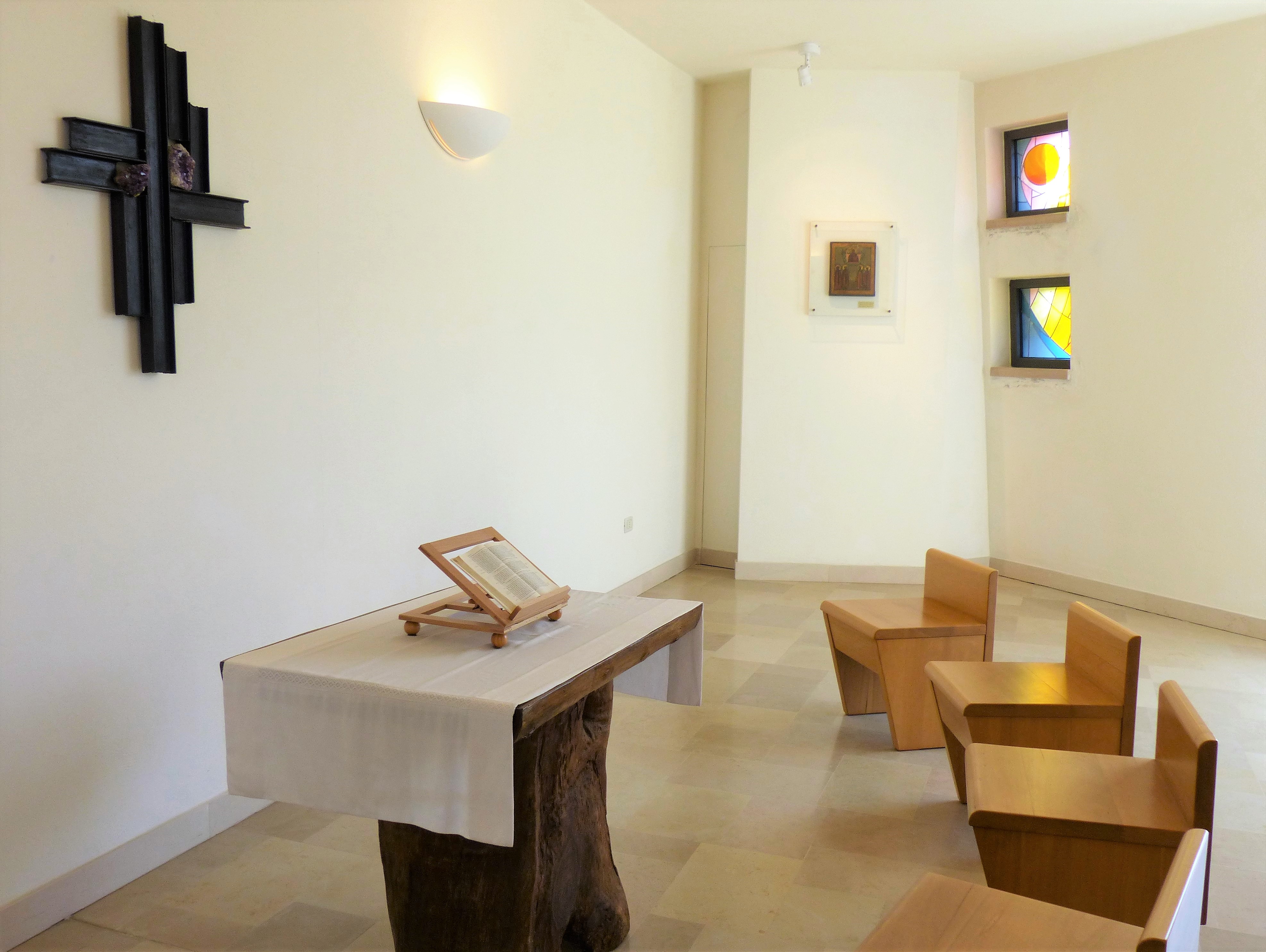 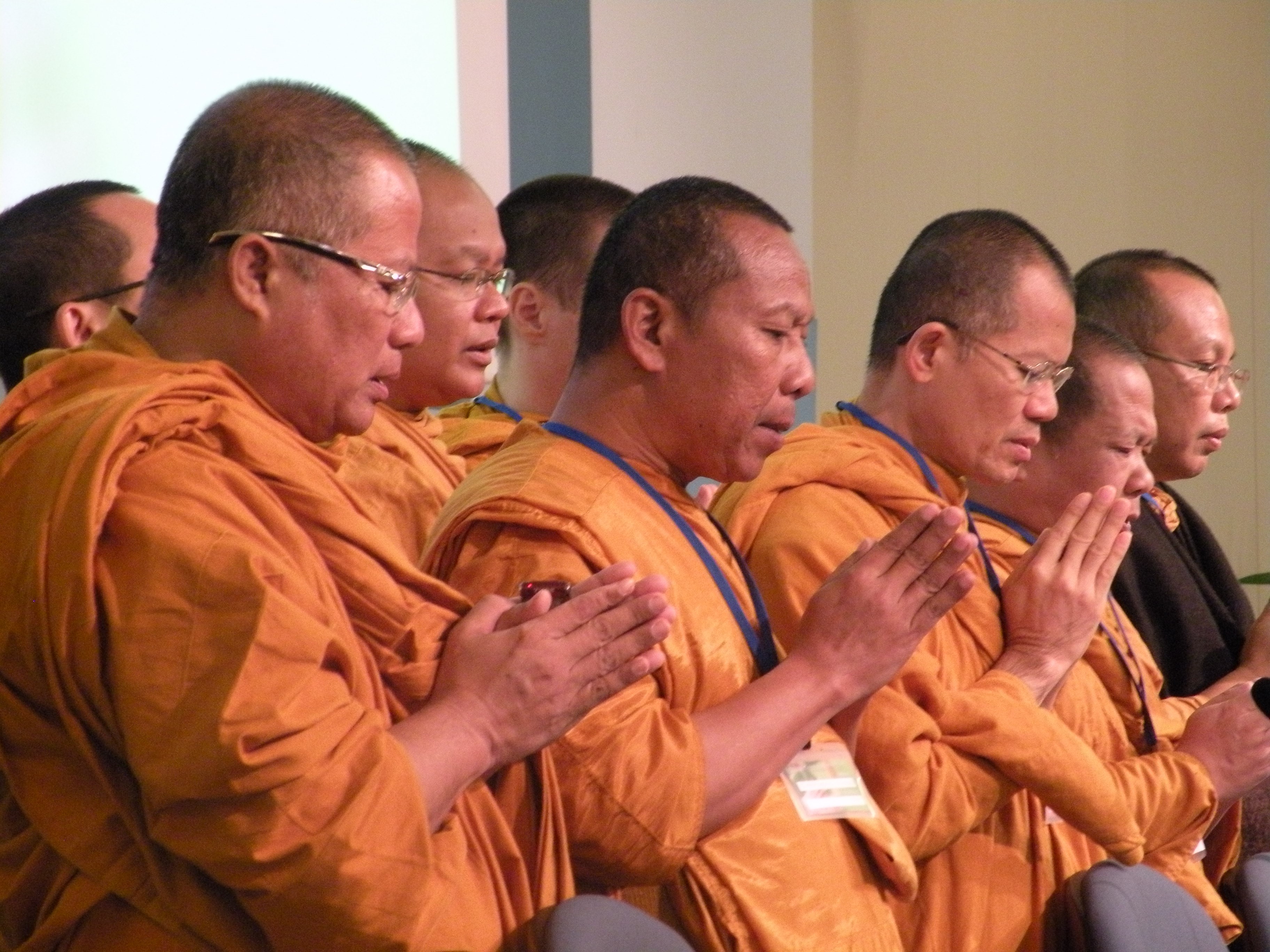 A Place for Interreligious Prayer

A home for all 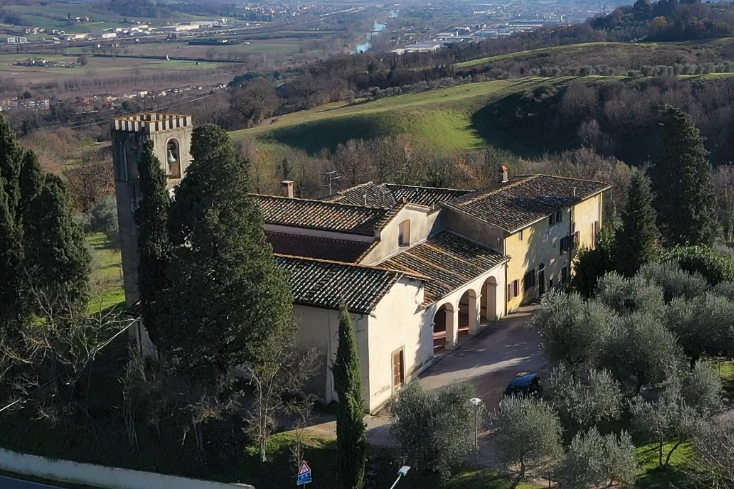 San Vito in Loppiano is the parish church of the little city, one of the oldest parish churches in the diocese of Fiesole. It was built at the beginning of the 11th century, near the Cassia Adrianea, the ancient Roman road whose route ran along the heights, above the still marshy plain, linking the Valdarno with Florence. Its position ensured its prosperity. In the 13th century, San Vito had 12 suffragan churches and housed the chapter of the canons. Its decline began in 1786 when it was replaced by the new parish of Sant’Alessandro with the development of the village of Incisa along the Arno River.
Inside the church one finds the “Madonna della Cintola,” a painting by Francesco d’Antonio (1427), and a small 17th century canvas by Orazio Fidani depicting “San Michele che pesa le anime.” (St. Michael Weighing Souls.)
When the first focolarini arrived in Loppiano in 1965, the parish priest of San Vito was Don Angelo Dragoni. Giorgio Marchetti tells us: “He was a little mistrustful at the time, because the parishioners were no longer attending the services. We began to go to his church and to animate the Masses. Within a few months, the parish filled up more than ever; people even came from Incisa. “Mamma mia,” Don Angelo told us one day, “I prayed to God to send a little rain, but He sent me a flood!”

Loppiano is also a good starting point to discover the different locales and spiritualities that flourished in this fertile part of Tuscany.
Among the possible destinations not to be missed are: the /p>
Abbazia di Vallombrosa, founded above the hills of Valdarno in the 11th century by San Giovanni Gualberto; Camaldoli, with its monastery and hermitage, set in the fascinating Parco delle Foreste Casentinesi, the Franciscan Shrine of La Verna (in the picture) where more than a thousand years ago Saint Francis received the stigmata; the ancient Pieve di Romena, where the fraternity founded by Don Luigi Verdi, draws its name and has its headquarters; the Sacro Eremo di Montesenario, of the Seven Saints; the Certosa di Firenze, with its millenary history and the cultural initiatives of the Comunità di San Leolino.

Moreover, the entire landscape of the Upper Valdarno is dotted with ancient parish churches, rich in works of art and history, worth exploring and visiting. For more information and recommendations for itineraries, visit the CAI Valdarno Superiore. 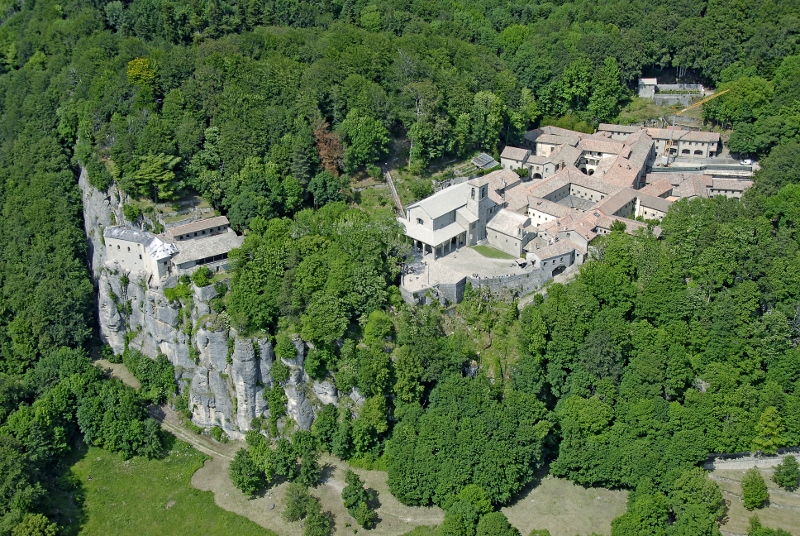