Piera, the courage of a dream. 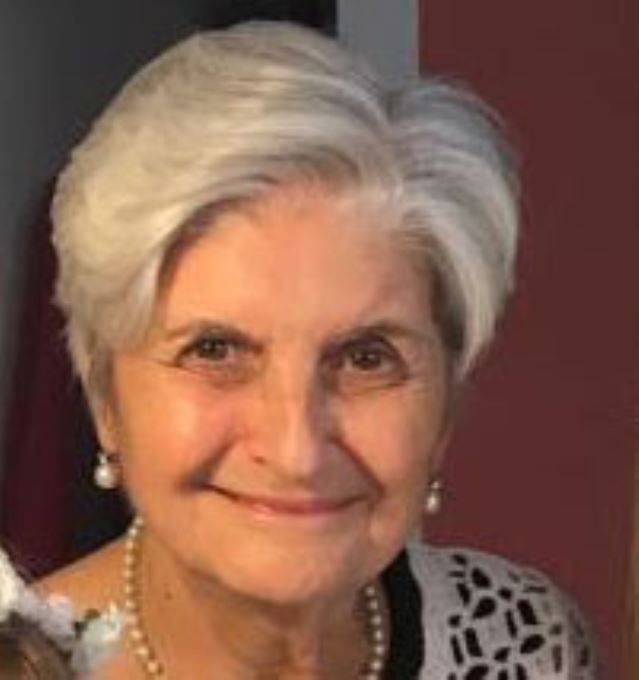 There are people who are part of the history of Loppiano and Piera Balduzzi – with her husband Matteo – was one of them. They arrived in 1974 from Clusone (Bg), north Italy on the feast of Saint Lucy, with the first 5 children.

Due to a pulmonary embolism Piera left us suddenly on Monday, December 18, 43 years after their arrival.  It is difficult to say what the town of Loppiano had lived during these hours, these days.  However, Piera’s son, Paolo expressed it well at her funeral held last Wednesday, December 20 in Mary Theotokos Shrine.  Gen Verde accompanied the mass with their songs.

Paolo – well known as a journalist in the RAI TV show “A sua immagine” (“In his image”) – said among other things: “One of the most intense moments of these days happened yesterday afternoon when all of us sons and daughters with grandchildren and sons-and daughters-in-law gathered around father in the living room to listen to him tell his story with mother: from her birth in Mologno di Casazza (Bg) January 17, 1940, to the struggles of her first job at 11 years as a waitress at a Milan family. When she returned to Casazza at the age of 17, she worked first in a hardware store and then as a nurse in the Clusone hospital. And it was in the hospital that in 1962 she met the young Matteo Balduzzi. Two years of engagement then the wedding on October 10, 1963. The witness of the bride, was the primary of her Department of Obstetrics who later would tell her that she could never have children.  This caused great pain and even a crisis between Piera and her husband  that would take them to the edge of a separation. It was during this period that they got to know the Focolare Movement, thanks to their brother-in-law Tino Piazza, another pioneer of Loppiano “.

It was in the Mariapolis of 1965 that Piera remained struck by this phrase of the Gospel: ‘Love one another as I have loved you’. “And there – she says -” our lives changed  by discovering the word ‘as’ that we had never lived before! Thus we began to say: How much did Jesus love us? He gave us life … And this was what made us move forward “. The couple not only became more united but shortly after, Piera began to feel symptoms that revealed an unexpected pregnancy. From 1965 to 1985 Piera and Matteo would become parents to 10 children, 8 boys and two girls, one of whom Gianpaolo left for heaven five days after his birth. The loss of the third child was for Piera the discovery of a new dimension of pain: “A pain so strong” – she said – “that makes you mature. I had already heard of Jesus Forsaken, but one thing is to hear about him and another is to experience this reality.”

Meanwhile, slowly they settled down in a beautiful house that was built according to their taste, a good job for Matteo, many friends, and even finally many children who started to arrive. This was until March 1974, when Piera and Matteo received the proposal to leave everything they had built to build another dream, that of the town of Loppiano. As things turned out, it really looked like a dream or some madness: there was no security of salary, not even a house. It was all about going to live with 5 children in a tiny apartment above a barn where one could see the stars (because the roof had holes and when it rained it rained inside too). This was certainly far from any comfort. “I think it was Our Lady who made us say yes” – Piera confided. In those months, they experienced an alternation of darkness and light, which often accompanies the great choices of life. “I remember that night because of tiredness or cold, I do not know – says Piera – I went outside,  sat on a huge stone and I just started to cry. But who made me do this? I who had everything?” I asked myself. Doubt obscures everything, but in sharing this with Matteo, light returned. On the night of the Feast of St. Lucy, between December 12 and 13, Piera, Matteo and their children left Clusone, (Bergamo) for Loppiano. In Bergamo, where they came from, gifts for the children arrive on the feast of St. Lucy. “The children started to cry saying: ‘but here Saint Lucy will not come by.’ and I answered: ‘But no, you will see that this year Jesus Christ will pass by…’ and that evening we were overwhelmed by love; someone brought a pot of hot soup, another a loaf of bread, and later that evening  Renata Borlone – who was co-director of the town and now is Servant of God – arrived with the gifts of St. Lucy. You can imagine the surprise and joy of the children!”

These were still the pioneering years of Loppiano, characterized by a strong spiritual drive and generous, concrete commitment. Piera and Matteo continued to build their family trying to give their children not only intelligence and freedom, but also the spiritual values that would accompany them in their lives.  Giorgio, Chiara, Gianpaolo, Andrea, Emanuele and Silvia, were born in Clusone and Paolo, Simone, Mario and Tony were born in Loppiano.

These years had also been characterized by a close correspondence with Chiara Lubich who proposed – as a guide – a personal Word of Life for Piera: “Those who come in by me will be saved” (Jn 10.9) and one for the family: “We know that in all things God works for good with those who love him, those whom he has called according to his purpose.” (Rom 8, 28)

The following is taken from Piera’s letter to Chiara Lubich on December 3,1995: “I met the movement discovering God as Love who has always fascinated and filled me with great joy. Then I discovered Jesus Forsaken very early after I met the movement. Jesus Forsaken came in grand style, at the departure to Heaven of my third child.  This made me ask why without being able to identify this pain, but it was Jesus in our midst who gave me the strength to go on. In these days I have had the grace to feel that I am in love with Him and I feel in my soul a great desire to discover Him under every thing, every little thing that I encounter every day to be able to embrace Him and say: I love you “.

And on November 30,2003 Piera wrote Chiara again: “The union with God … this dialogue with Him always, is the thing that I feel strongly in my soul which gives me a new charge that I never experienced or felt before. These yeses to Him Forsaken and Risen in me and in the people Jesus has entrusted to me enables me to see with new eyes. I feel strongly that God loves me immensely and I feel that I have to thank him  every moment with my life “.

After the death of Chiara Lubich, she also corresponded  with Maria Voce, Emmaus – current president of the Movement – especially after the onset of a tumor. She wrote on October 23, 2015: …”I was operated in August and now I’m undergoing chemotherapy. I try to offer everything for the Work of Mary, for Loppiano, that the Holy Spirit be with all of you always, on these special days.” Emmaus replied: “I am grateful to you for letting me know your soul and how you are living this precious period of your life. Jesus Forsaken has presented himself to you in a solemn way. I am with you in recognizing him and welcoming him with love … “.

In this last period of her life, Piera complained of various pains, but nothing that would make us forsee such a sudden departure for Heaven. She died on December 18 at the Figline Vald’Arno hospital. “She left us silently – her son, Paolo said – as she has always lived. Although it was a sudden departure, in reality it seemed that she almost felt it, that she had prepared for this appointment for some time. In the most difficult moments of her life she always asked for Mary’s help and she always thanked her for the graces she received. And it seems to us that the Word of Life this month “I am the Lord’s servant,” said Mary; “may it happen to me as you have said,” has helped her and enabled her to say that “yes” that she repeated until the very end.

Piera gave her life to realize the dream of a permanent Mariapolis, but from what we have lived here in Loppiano these days, from the trail of light and gratitude that she has left, we saw how also God realized his dream on Piera, his plans for her. The moment of the last greeting was a bit of paradise, a hymn of praise to God, and also to her.