The Feast of the Mary Theotokos Shrine 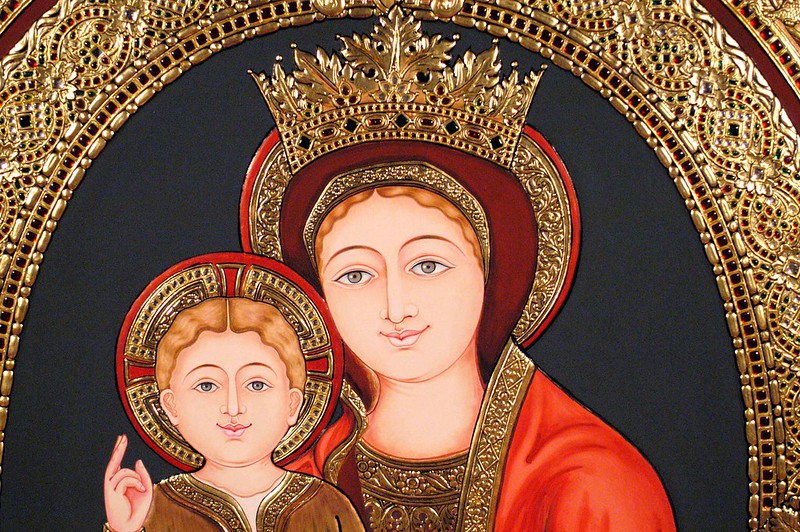 Wednesday, May 13th, in honor of the Blessed Virgin Mary of Fatima, the feast of the Shrine of Mary Theotokos will be celebrated. For the occasion, the bishop of the diocese of Fiesole, Bishop Mario Meini, will celebrate Mass behind closed doors; the Mass can be followed by live streaming, beginning at 7:00 P.M.

A curiosity. Although dedicated to the “Mother of God” whom the Church celebrates on January 1st, the feast day of the Sanctuary was chosen by Bishop Luciano Giovannetti, then bishop of the diocese of Fiesole, thus enabling him, and his successors, to participate in the celebration.  He proposed May 13th for two reasons. First, because it was a Marian feast day which commemorates the Blessed Virgin Mary in Fatima. Second, because May 13th is also an important date in the history of Chiara.

“On May 13th, the second major bombardment took place in Trent. Like many others, a house next to Chiara’s house was destroyed; also her home was damaged, its walls and glass shattered. The houses of Dori and Natalia and others were also uninhabitable. The hospital, where Chiara’s brother worked as a medical assistant, largely collapsed, leaving dead and injured.

That same day Chiara met Dori and they hugged each other; they were both left homeless. She went to the hospital and witnessed the slaughter; it was then that Gino – her doctor brother – noted: “Vanity of vanities; everything passes.”

That night she slept outside in the woods of Gocciadoro, together with her parents, who spent those hours trying to determine where to flee. Chiara remembered that, in making her vow of chastity, she had promised her spiritual confessor not to abandon the city of Trent. At the thought of their imminent separation, Chiara wept.  Her parents did not know why she was weeping and tried to console her. It was then that Chiara remembered the words: Omnia vincit amor! (Love conquers all!)  Praying throughout that long night, she watched the stars move overhead and saw the constellation –the chariot of Ursa Major – pass by. Just before dawn, her parents, forced to evacuate, gathered the few items that could still be salvaged from the house. It was there that Chiara, kneeling before her father and with eyes filled with tears, told him that she could not leave because of the promise she had made. Her father, with great peace, gave her his blessing. She then went to her mother, but her mother was not able to accept Chiara’s decision.

Backpacks on their shoulders, her parents went out into the country. Chiara, weeping, with nothing in hand, her soul filled with anguish, went into the destroyed city. At a certain point, she met a woman who seemed to have gone mad with grief: “Four!  Four of mine have died!” And putting her arms around her to console her, Chiara understood that she would have to set aside her own grief to take on the suffering of humanity.