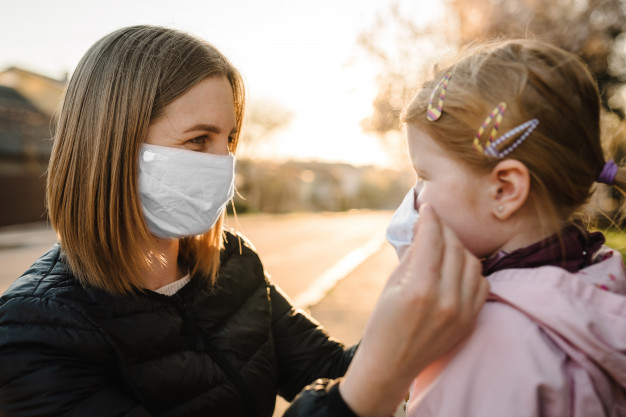 The project has taken off:  MasCare Certified Disposable Surgical Masks are now being produced in Loppiano.

Here is a summary of the previous episodes…. Everything began during the lockdown when, in March, the Region of Tuscany proposed that some businesses of the little city produce 100,000 masks by the end of April to respond to the enormous demand triggered by the pandemic.  “Because of the global crisis, already by the end of February, our businesses had suffered a sharp drop in commissions. When the lockdown occurred, our main questions became: What did we have to live on?  What kind of work can we do?  If we had to assume new work, we wanted it to have an influence on the common good,” said representatives of the city. So, truly, this was a providential proposal.

Fantasy, a company that has been producing textile products for children since 1965, and Conto Terzi Loppiano, which carries out productions in the field of wrapping, packaging, and finishing on behalf of third parties, have embarked on the production of masks. “In the meantime,” explained Luisa Colombo and Marco Barlucchi, two persons responsible for the project, “we have started a process of dialogue, discernment and collaboration with the formation schools, especially with the Gen Schools (Editor’s note: Gen refers to the young people of the Focolare) and focolarini, finding deep motivation in the production. Together, we took the risk: it was the beginning of a story whose end we do not know, but one which will certainly contribute to the common good.”

From a negative comes something positive

In the meantime, other questions have emerged, such as how do we go ahead? “At a certain point, it was clear that the consequences of habits brought about by the virus would last for at least two years,” explains Luisa Colombo, “so we went online and compared ourselves with other operators in the non-profit world with whom we shared similar problems. Everyone shared what they knew.” Marco Barlucchi adds: “In the end, we went from the idea of receiving masks to that of producing them, from a communion of goods in masks to a communion of goods in mask production: from fish to fishing rod.” The project, which started in a phase of maximum emergency in response to an urgent and immediate need and as a possibility for employment in the little city, has generated interest and attention from many parts, triggering a global sharing and collaboration: in Taiwan someone worked on structuring the production line, others in Asia supported the necessary investment, many – closer to home – provided information, suggestions, the pooling of talent, knowledge, time, work….  At the same time a study was made of the product to ensure that it be economical and of good quality. At the end of July, the machines arrived and, thanks to the passionate and unpaid work of many technicians and engineers, testing began. 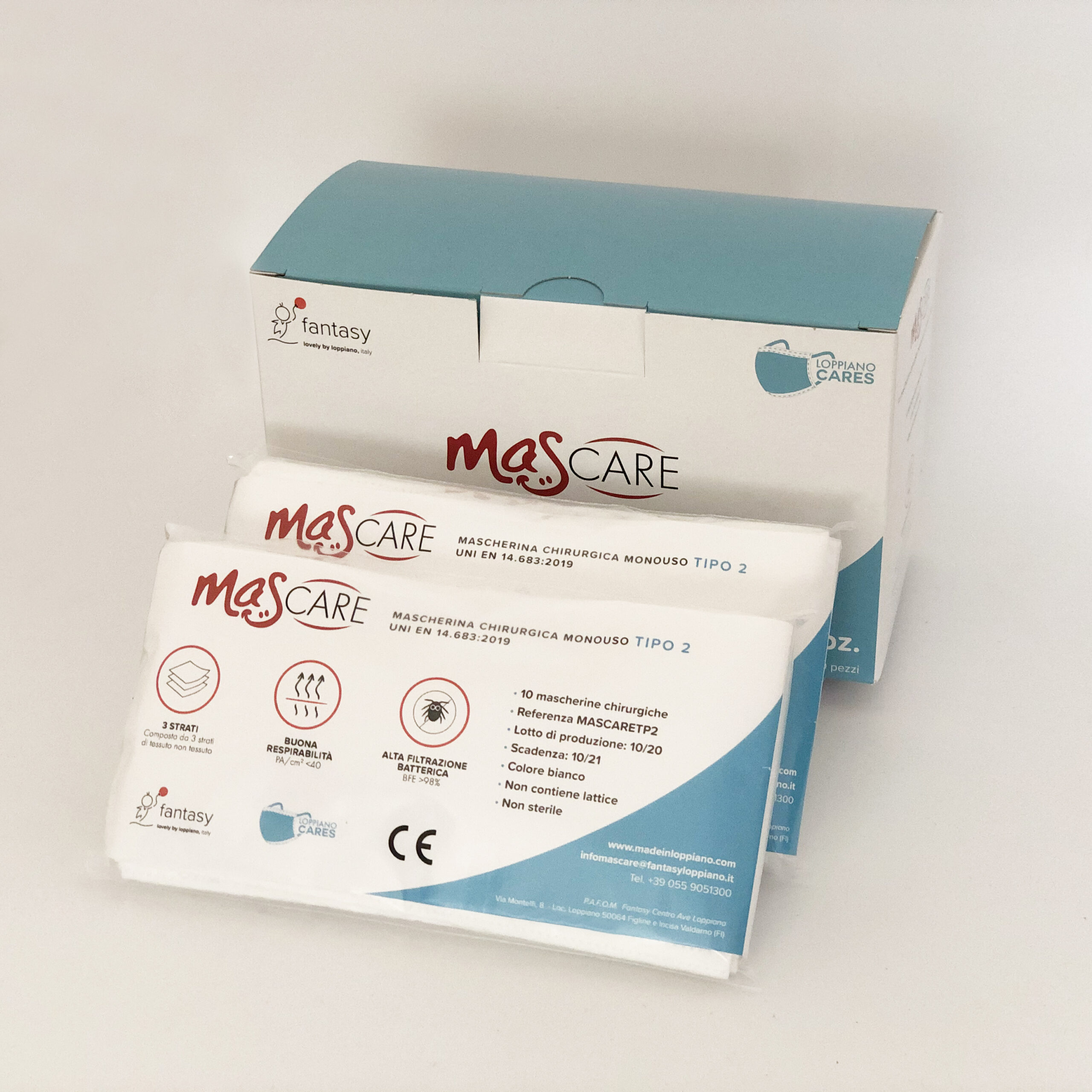 Now, certification has also arrived and the production of Disposable Certified Surgical Masks is finally underway.  When fully operational, 50,000 masks will be produced per day. Marco and Luisa explain: “We have called this line “MasCare”, because at the basis of all our actions, we prioritize attention towards the other person. This new activity is part of a plan already underway for the production of articles geared to the well-being of the person, a plan we have entitled Loppianocares.”

MasCare is entirely produced in Fantasy laboratories and is available to the public via the Loppiano marketplace: www.madeinloppiano.it . Interested distributors, instead, can directly contact Fantasy: infomascare@fantasyloppiano.it .

By choosing MasCare masks, not only do you contribute to the livelihood and formation of many young people and families who come to Loppiano for the express purpose of building fraternity, but you also participate in a project of international solidarity. Fantasy supports the project “Economy of Communion” (EoC): 800 companies around the world promote the “culture of giving” through the sharing of profits with the poor and the formation of people. In addition, for every 1000 masks sold, Fantasy donates 1 euro to the project of A. M. U. (Action for a United World non-profit organization) “Esperanza Ecuador”, to assist the population of the Province of Esmeraldas, one of the poorest in the country, from the economic crisis caused by the coronavirus.