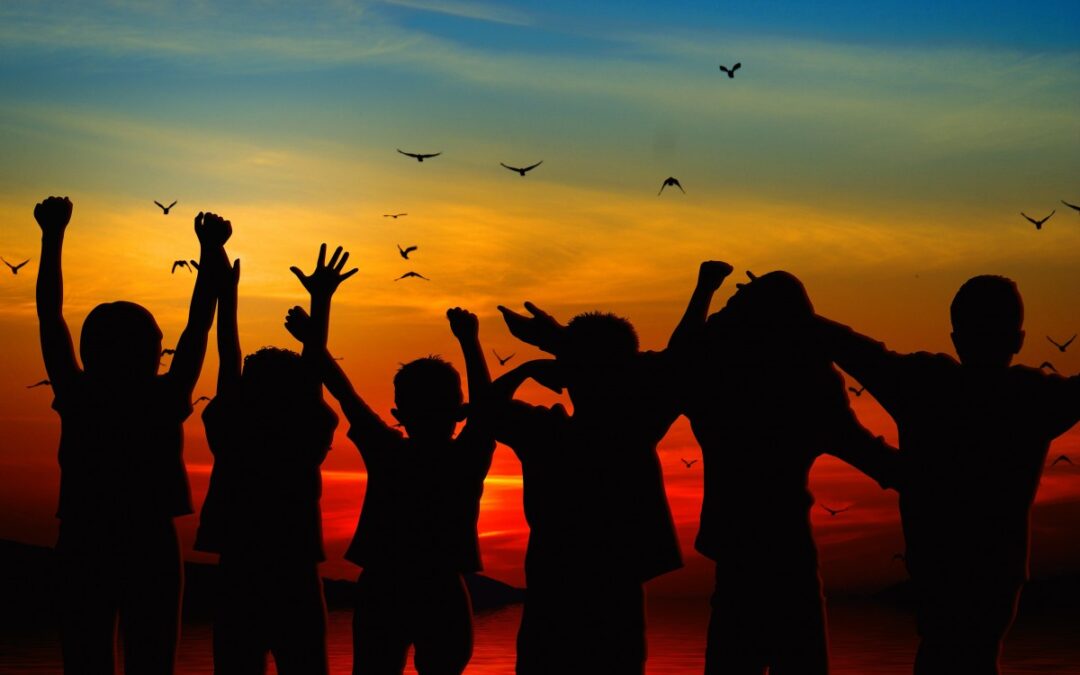 The third and last event of Loppianolab 2020 is entitled, “Weaving Relationships, Living in the City, and Caring for the Planet.” It hosts the mayors’ call for greater social cohesion and collaboration to face the second wave of the pandemic and the response of the Focolare Movement in Italy with the proposal of a pact for the country. This pact would involve the fabric of associations, movements and institutions that work for the common good, to change the rules of the game of the economic and social system, putting at the center measures for the support of family, health and care, for the ecological transition, calling for the withdrawal of concessions on gambling and measures that end human trafficking as well as regulate the reception of migrants.

On Saturday, November 7th, the third event of Loppianolab 2020, ithe laboratory for Italy of politics, economy, culture, based in Loppiano (FI), the International Focolare little city, took place. It is promoted by the Sophia University Institute, the Lionello Bonfanti Industrial Park, and the same international town, in collaboration with the Città Nuova Publishing House. Also in the last webinar of 2020, entitled “Weaving Relationships, Living in the City, and Caring for the Planet”, Loppianolab draws on the heritage of the culture of unity and life of Chiara Lubich, founder of the Focolare Movement. This year we celebrate her birth centenary, drawing from her, reflection, inspiration, method and hope for the present and future of our country. At the center of the online seminar, the focus was on Italian cities that are forced to deal with the health emergency; the economic and social crisis; and the choices of politics.

Giulia Mugnai, mayor of Figline and Incisa Valdarno, symbolically welcomes the audience  following the transmission live through YouTube, with the management that started from the auditorium of Loppiano: “Even though we are in a virtual place, I am pleased to welcome you: Loppiano is Figline and Incisa, and it is a piece of the heart of our community.  Every year, Loppianolab, becomes a way of breaking down a few walls and opening our eyes to a piece of the world different from what we know and are: it is a look, a magnifying glass on the world and the ability to build networks, relationships and dialogue”. Stimulated by the questions of Carlo Cefaloni, journalist of Città Nuova and moderator of the webinar, the mayor then shared the experience of the Covid crisis in the Valdarno area that has contributed to aggravate a situation already precarious due to the closure of the multinational Bekaert Plant. However, she pointed out that in times of crises, opportunities must be seized: “We upheld the first wave and continued to work with a community spirit. What I unfortunately read in the second wave is a greater difficulty in making us a “community” again, around the elements of cohesion, of solidarity. This is my hope and the one on which we are trying to work for by networking and connecting people who had never met each other before… returning to a sense of that which is human, which can make us feel closer and more united”.

Stefania Proietti, mayor of Assisi, shared some positive experiences implemented in her Municipality. She recounts that despite the streets emptied of tourists, there is a social fabric that is alive and resilient and that collaborates in working for the most fragile and lonely. It is the solidarity market co-financed and managed in cooperation with the local Caritas, which assists about 650 families in terms of food; and the request to parishes and grassroots organizations to establish a widespread network of “sentinels” in the area, which can help the Municipality intercept the needs of the most needy. Moreover, she concluded, echoing the title of the webinar: “It is through relationships, I think, that we mayors too find that way, that motivation that would make us stronger than ever in the need of the pandemic”.

From Genoa, a town that conferred an honorary citizenship on Chiara Lubich in 2001, Councilor Laura Gaggero strongly emphasized the Genovese temperament and strength in managing emergencies already demonstrated in the past and lately after the collapse of the Morandi Bridge. “We have always stood up all together and even in this emergency health situation we have all come together; each councilor has set up working teams with associations and stakeholders, with the citizens, as broad as possible, to fully understand all the needs. Now, there is perhaps more anger than in the first wave. However, I believe that we administrators must be able to manage this anger and also be able to reunite people, perhaps by activating new ways of dialogue and mediation”.

Franco Ianeselli, the newly elected mayor of Trento, suggested looking at the city and the crisis from the point of view of the town square, “where there is the market (the economy); there is the town hall (politics) and there is the church (religion).” These are symbolic places towards which to channel political action with a hope that allows us to keep the communities united beyond the tiredness and fatigue generated by the second wave of the pandemic. “I take the liberty of handing over to the other mayors who listen to us this phrase which for us can only be a sense of hope: – he concluded by quoting his fellow-citizen Chiara Lubich – “[…] the Municipality is the most important of the institutions, because it is closer to the people, whose needs it directly meets. And it is through the relationship with the Municipality in its various articulations that the citizen develops gratitude – or resentment – towards all the institutions, even the most distant ones, such as the State”[1] “.

The last testimony is that of Fabrizio Brignolo, former mayor of Asti, who recalled the choice made by the City Council of his city, on February 21, 2015, to include in its Statute the principle of “fraternity”, as a condition for political action, inspired by the thought of Lubich: “in the shared awareness that diversity is an asset and that each person elected in this institution is subject to recognize equal dignity and respect and is therefore called to put the good of the community before vested interests, whether it be personal, group or party”.

The message of the President of the European Parliament

From Italian politics to the choices of politics in Europe. David Sassoli, President of the European Parliament, wanted to send his video message in which he underlined the timing of the message of fraternity brought by Chiara Lubich: “We need to enhance even more that idea of global citizenship, of solid citizenship that is at the basis of an open and inclusive society. An economy without morality, development without justice, growth at the expense of future generations is not acceptable. In this sense, I believe that Europe can be useful not only to our countries but also to our citizens and to the whole world. Chiara Lubich, who is also an honorary citizen of Florence, reminds us that cities can represent a privileged place of meeting and sharing, but above all, they can help us work well together, to be people capable of creating relationships, of welcoming others, without prejudice and without schemes.” 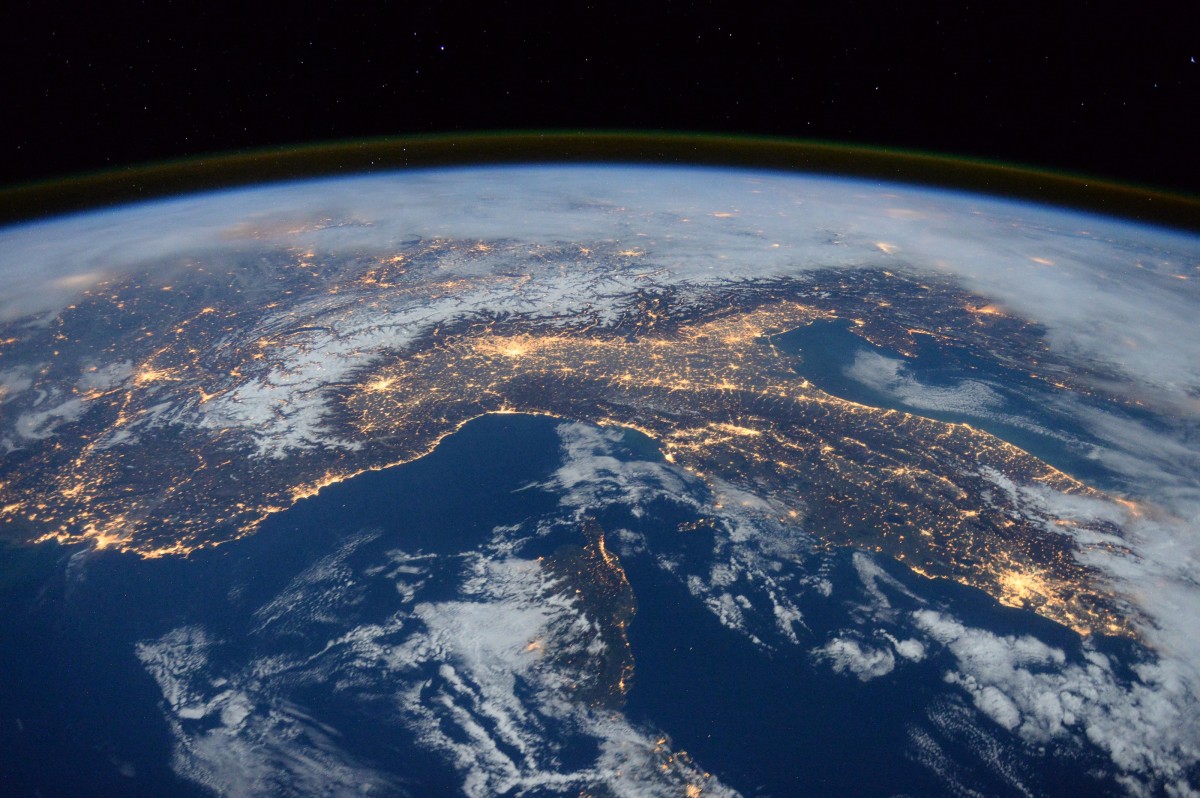 A pact for the Country

Rosalba Poli and Andrea Goller, directors of the Focolare Movement in Italy joined the workshop with a proposal of commitment to fraternity, based on experiences already underway for the common good, and based on the culture of unity. Such as that of the Political Movement for Unity, committed since its inception to building bridges of dialogue and collaboration between citizens and institutions, between people of different political orientations.  This has brought about the start of planning teams between institutions and non-profit organizations.in Macerata, Castelli Romani, Palermo and Taranto, as explained by President Silvio Minnetti (MPPU in Italy). Or, the ecological initiative underway in Veneto, of the “Mamme NoPfas”, who fight to have clean water, Cristina Guarda, Councillor of the Veneto Region recounts. Or the experience recalled by physicist Luca Fiorani, for the care of the planet operated by the cultural initiative EcoOne.

We are facing a kairos, continue Rosalba Poli and Andrea Goller, at a time propitious to work together, to make a pact among all, to network with other movements, associations and institutions and rewrite the global rules of coexistence, politics, and economy: “This is the time for hope, therefore, let’s take advantage of this time. Facing the “economy that kills” (Evangelii Gaudium), as Pope Francis told us, “we must aim to change the rules of the game of the economic-social system. For example, we should use measures that include: support for the family; the shifting of public resources from the arms sector to the health and care sector; the start of an ecological transition capable of overcoming the blackmailing conflict between the environment and work; the revocation of gambling concessions without fear of touching consolidated and prevailing interests,from large corporations in order to have a responsible and incentivising public management; the reception of migrants, with regulated and safe entrances, putting an end to Libyan camps and human trafficking”.

The Economy of Francesco

Moreover, part of this path of hope is the movement of young economists, entrepreneurs and change makers of “The Economy of Francesco”, which not even the pandemic could stop. Their stories of creative commitment to a fairer and more equitable economy were the protagonists of the Loppianolab 2020 morning webinar, which was also attended by the scientific director of EoF, Luigino Bruni, Maria Gaglione and Francesca Giglio of the organizing committee, entitled “The Young People of The Economy of Francesco: Signs of Fraternity and Proposals for a New Economy”. It is to this initiative, strongly desired by Pope Francis, which will be held in Assisi, from November 19 to 21 that Loppianolab gives to its public an opportunity to attend. For those who wish to participate in the broadcast, they can do so through the official website: www.francescoeconomy.org. The program is available HERE.

[1] Chiara Lubich, Speech at the conference “One Thousand Cities for Europe” (2001).