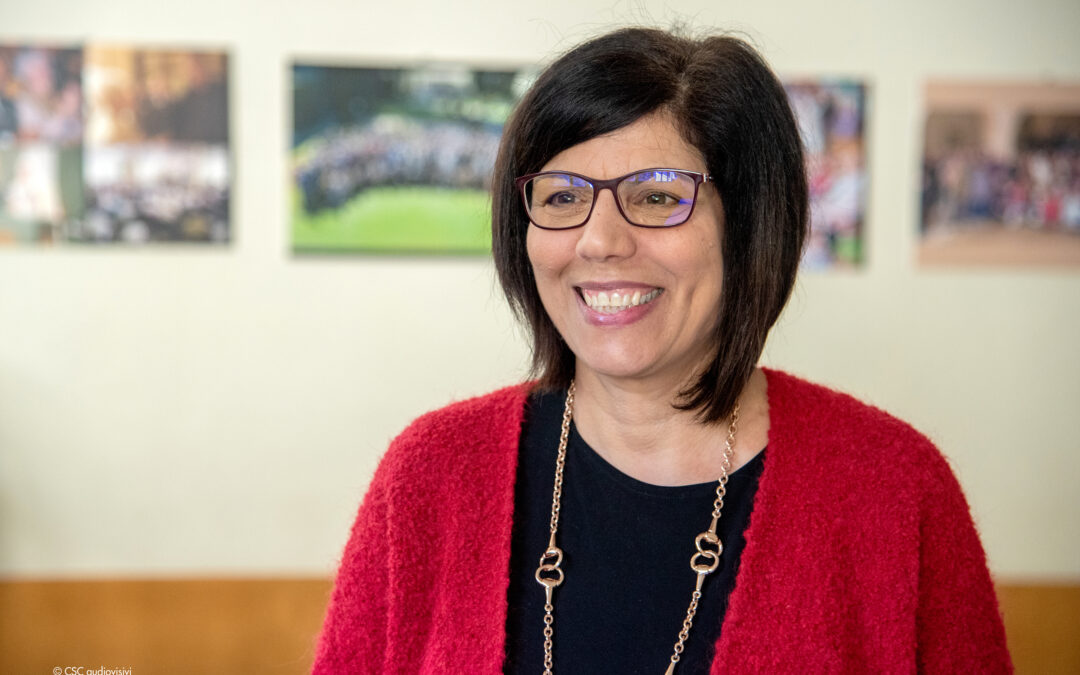 Elected on 31 January, she is the third President to lead the Movement after the founder, Chiara Lubich, and after Maria Voce who has just completed two terms.

Yesterday, Margaret Karram, was elected President of the Focolare Movement with more than two thirds of the votes cast among the participants in the General Assembly of the Movement, composed of 359 representatives from all over the world. She succeeds the founder Chiara Lubich and Maria Voce who was in office for 12 years (two terms).

Margaret Karram was born in Haifa, Israel in 1962 into a Palestinian Catholic family. She holds a B.A. in Jewish Studies from the American Jewish University in the United States. She has held various positions for the Focolare in Los Angeles and in Jerusalem. Her past experience includes membership of various commissions and organizations for the promotion of dialogue between the three monotheistic religions, such as the Episcopal Commission for Interreligious Dialogue, the Assembly of the Catholic Ordinaries of the Holy Land and the ICCI (Interreligious Coordinating Council in Israel). She worked for 14 years at the Consulate General of Italy in Jerusalem.

Since 2014, she has been at the International Centre of the Focolare as councillor for Italy and Albania and co-responsible for Dialogue between Ecclesial Movements and New Catholic Communities.

She speaks Arabic, Hebrew, Italian and English. In 2013 she received the Mount Zion Award for Reconciliation, together with the scholar and researcher Yisca Harani, for their commitment to developing dialogue between different cultures and religions.

In 2016 she received the St Rita International Award for having promoted dialogue between Christians, Jews, Muslims, Israelis and Palestinians, starting from people’s everyday life.

The election took place yesterday, 31 January 2021, but her appointment only became effective today, following confirmation by the Dicastery for the Laity, Family and Life, as envisaged by the General Statutes of the Focolare Movement. The document expresses the hope that the new president will be able to carry out her task “with faithfulness, in a spirit of service and ecclesial sensitivity, for the good of the members of the Movement and of the universal Church.”

Duties of the Focolare President

According to the Movement’s General Statutes, the President is chosen from among the focolarine (consecrated women with perpetual vows) and will always be a woman. In the Statutes we read, she “is the sign of the unity of the Movement”. This means that she represents the great religious, cultural, social and geographical variety of those who adhere to the spirituality of the Focolare in the 182 countries where the Movement is present and who identify with the message of fraternity that the founder, Chiara Lubich, drew from the Gospel: “Father, that they may all be one” (Jn 17:20-26).

There are many commitments and challenges awaiting Margaret Karram in the coming years: the tasks of governing and directing a worldwide Movement like the Focolare, which is deeply immersed in local and global realities and the challenges of humanity, starting from this time of pandemic.  The Statutes also indicate the “style” that should distinguish the work of the President: “Hers is to be, above all, a presidency of love – they state – because she must be the first in loving and, therefore, in serving her own brothers and sisters, remembering the words of Jesus: “Whoever wishes to be first among you must be the servant of all” (Mk 10:44).

The primary commitment of the President, therefore, is to be a builder of bridges and a spokesperson for the central message of the spirituality of the Focolare, ready to practise and spread it, as we read further on, even at the cost of her own life.

The next steps of the General Assembly of the Focolare are the election of the Co-President this afternoon and of the councillors on 4th February.