We share Junwoo Jung’s experience of the faith while he was at the Gen School. He talks about God, his grandfather, his family and Love. Let’s hear it straight from his words.

«It was never easy for me to believe in God. I always wanted to understand God with my head. But God isn’t something you can understand with your head. Thank God. Through the focolare I realized that it had to do with love. I’d like to tell you how, here at Loppiano, I won my relationiship with God. But I have to begin by telling the story of grandfather, my father, and my mother.
My grandfather was naughty, but he was also a practicing Catholic. He always felt like my friend. When he quit his job he decided to give his all to the parish, teaching the Bible at church and in the countryside. Twelve years later, he started to feel unwell, he had a bad lung but he didn’t want to go to the hospital because, for him, it was a sign from God, that his mission was about to end and that it was time to leave. One day he passed out when he was alone in the house. At that moment, he prayed, ‘Not now, God. I have to say goodbye to my family.’ Fortunately, he was taken to the hospital and was able to spend two weeks with our family before leaving for Heaven. Throughout those days there was nothing but love between us.
Those final moments of my grandfather had helped me to think about God. For me, who couldn’t understand God with my head, Mass was an obligatory ritual. Going to Mass without the faith that my grandfather had been dedicated to with his whole life made me feel guilty. I felt sorry for him and stopped going to church and joined the military.
Finally, after two years, I finished military traininng. During those two years without God, I felt very empty inside and wanted to change. . . I remembered the words: ‘God is love.’ Even if I couldn’t understand God, I did understand that there was a force within love. I began to believe in love instead of God. And I began to attend Mass again. Whenever I read the Bible I substituted the word ‘love’ for ‘God’ in order to better understand what I was reading. I wasn’t able to believe in God completely. But through loving others, I could understand God a bit more. So, I wanted to live my whole life only for love. And I decided to go to Loppiano.
Time flew at Loppiano, the morning lessons and the work in the afternoon. I spent my evenings with my brothers at the Gen School. It was like that for days, weeks and months.

One day we meditated about ‘what experiences helped to form me.’ I remembered those final two weeks with my grandfather. After that meditation, as I walked home alone under the rain, I suddenly felt that those two weeks had really been a gift from God. During those days we really did have Jesus among us. I realized that my grandfather had not merely left for Heaven. He had died so that I could also have life. Through him, I could begin my relationship with God.
I went right away to the chapel at the Theotokos Shrine. I began to thank God in front of the Blessed Sacrament. Right at that moment some sunlight was illuminating the tabernacle. I felt the presence of Jesus, but also a connection with my grandfather. God had revealed his existence to me who had always doubted. I immediately prayed and gave thanks. I also talked to my grandfather, because I could really feel him. And I felt able to thank him for his help because, without him, I would never have landed in Loppiano. When I left the chapel, there was a beautiful rainbow. It seemed like an answer and a smile from my grandfather. After this experience, the Gen School was full of graces for me. Love based on faith had helped me a lot». 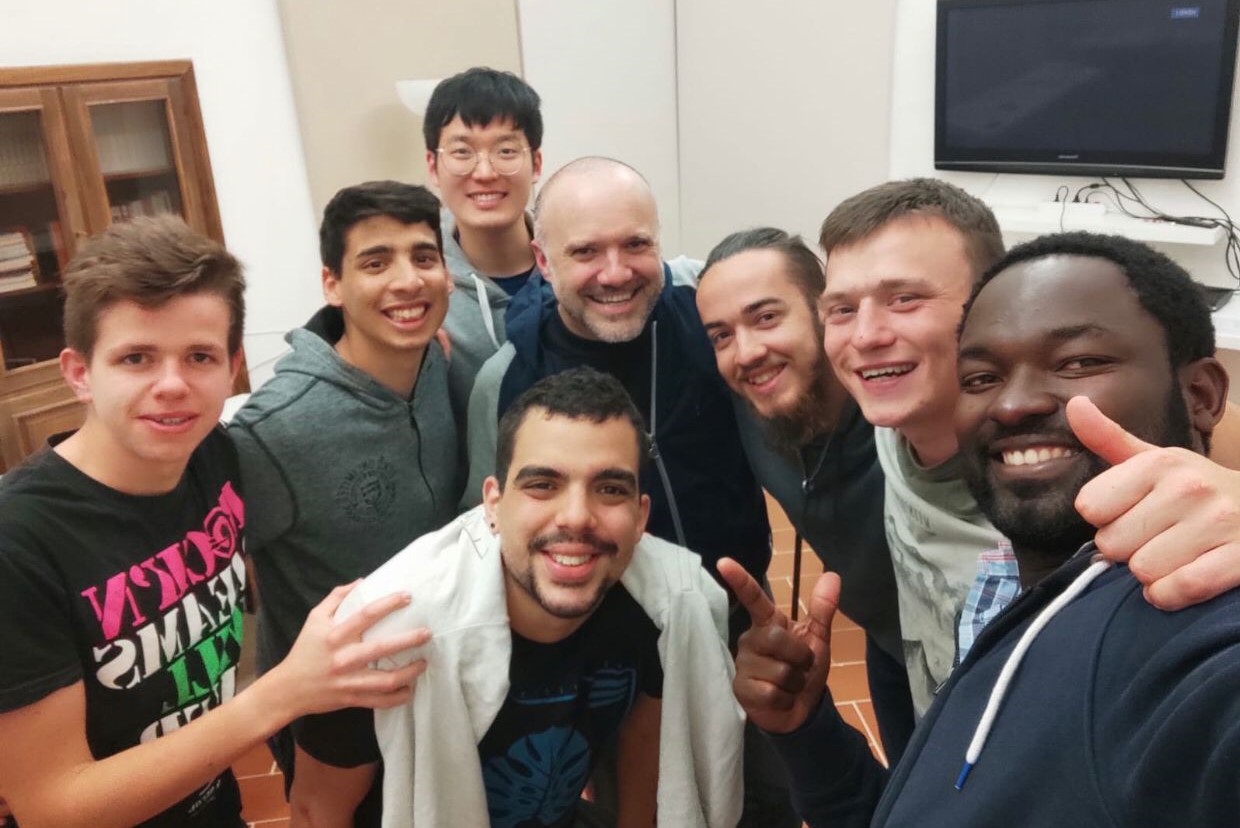