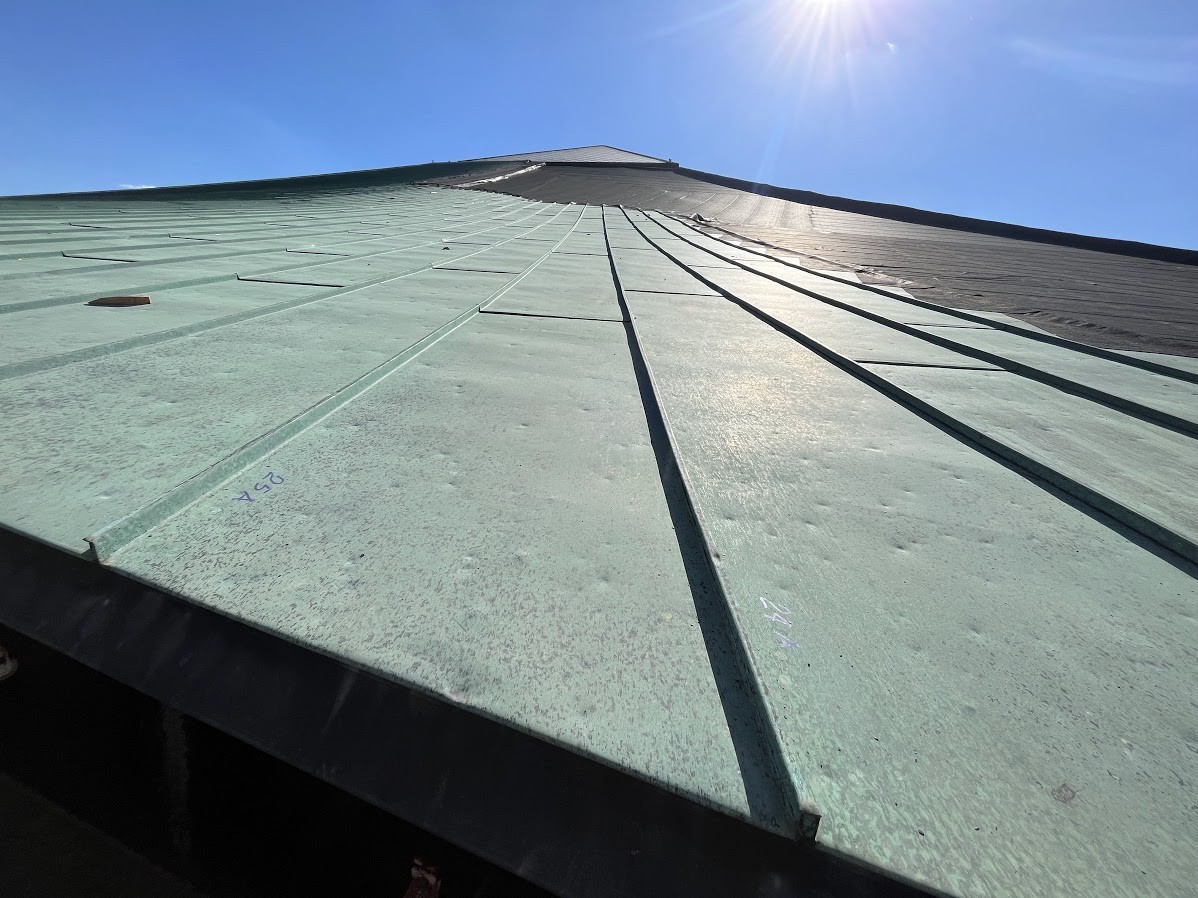 A waterproof sheathing as a cover to avert flooding Theotokos. Work to complete the reconstruction project proceeds, while the full assessment of damage to the citadel highlights its extent.

It looks like a truly original two-tone roof if you look at it from a distance. But if one approaches the shrine of Mary Theotokos, , what appears strikingly is the part in black that is a gigantic patch of more than 400 square meters located halfway to the right side of the roof. It is to cover the damage produced by the August 18 weather event, which uncovered the building. The protective waterproof sheathing placed on the roof, while temporary, served to secure the building and prevent rain from flooding the interior causing further serious damage. Numerous downpours in recent weeks have urged protection, so much so that seepage has occurred in some places inside the church. 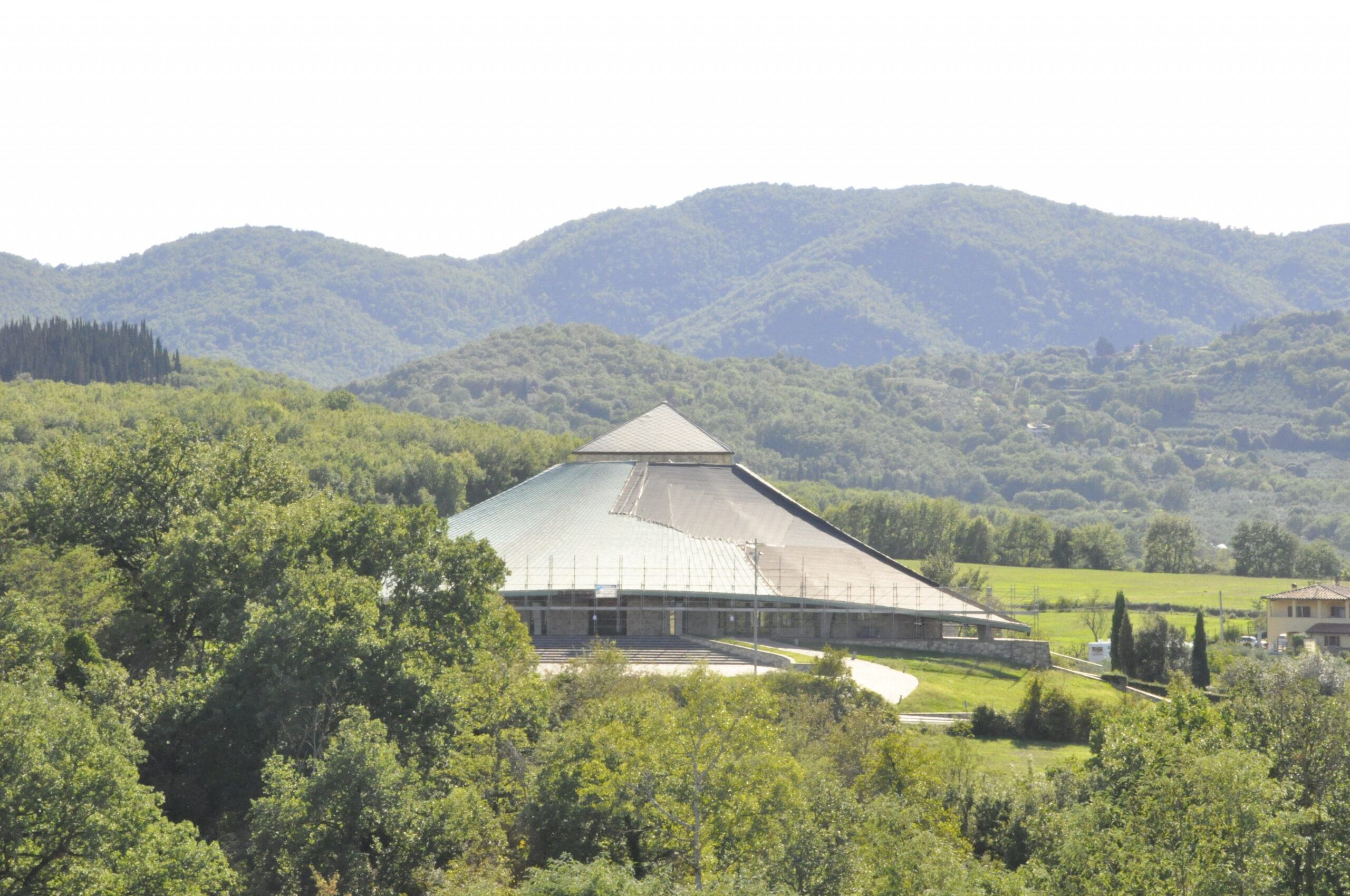 Meanwhile, a team of engineers and technicians is working on several fronts, together with the Citadel Technical Office. This resulted in a thorough inspection of the shrine on September 28. The characteristics of the existing structure were checked in light of the current regulations in force (new regulations compared to those that guided the construction of the roof 20 years ago). Previously, calculations had been made regarding greater wind stresses on the building than in the past.

These are necessary steps to complete work on the design of the so-“roofing cover package,” which will ensure absolute roof strength to cope with extreme weather events, with fixings and anchorages adapted to the increased wind force, as revealed by the team’s study. The project also includes work to greatly increase thermal insulation, so as to also promote the greatest possible energy savings.

Looking at the citadel as a whole, the amount and extent of damage assessed is truly significant. The newly completed mapping shows that very little was spared by the force of the wind, the intensity of the rain, the destructive hail, and the effects of lightning. So many roofs were damaged including those of the workshop shed and of the Loppiano cottages.

The opinion of the meteorological forecaster

It will take time to get back to normal after the August 18 extreme weather. “Its exceptionality was due to the fact that it was no longer a single thunderstorm but a system of several thunderstorms, , a hundred square kilometers wide, that began to move quickly all at once from Corsica toward one direction, involving the Tuscan coast and inland territories, with winds even exceeding 100-120 kilometers per hour,” Tommaso Torrigiani Malaspina explains. Mr. Malaspina is a researcher and meteorological forecaster at the LaMMa Consortium, , an environmental monitoring laboratory founded by the Tuscany Region..

“These kinds of thunderstorm systems are not so common over the Mediterranean,” the expert clarifies. “They were probably possible this year as a result of a summer with much higher than typical temperatures. This allowed much more energy to accumulate than in other years. The Mediterranean is one of the areas recognized as warmer and more critical, where climate change is impacting most clearly. So, for the future expect an increase in droughts and extreme events, among many other consequences.”

Torrigiani Malaspina also points out that “the orographic conformation of the land can certainly have a great influence.” Perhaps the citadel is located in an environmental context that favors these extreme phenomena? Two weather events in one year are still not proof, but they offer clear clues.

The residents of the citadel would like to thank all those who have already contributed to fundraising for the restoration of the Maria Theotokos Shrine complex. Unfortunately, it is clear that the reconstruction and adjustment operations will exceed the damages noted on the insured structures. For this reason, the help that will come will be invaluable in making Loppiano even safer and more welcoming.

To this end, we point out the checking account in the name of P.A.F.O.M., at the bank Intesa San Paolo S.p.A. 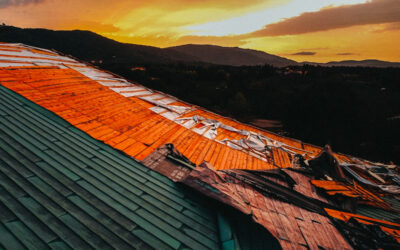 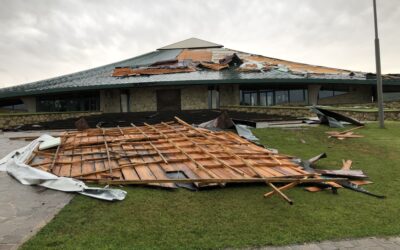 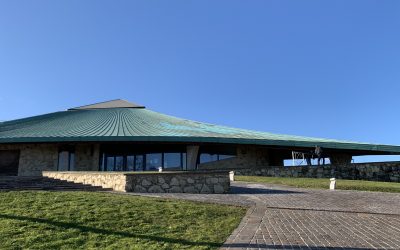 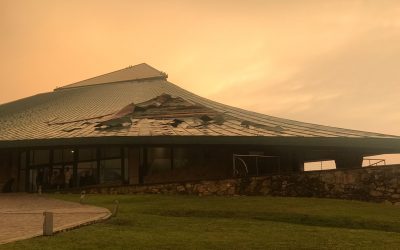