The most important events that will take place in Loppiano until May will celebrate the birth centenary of Chiara Lubich, founder of the Focolare Movement

The year 2020 marks the hundredth anniversary of the birth of Chiara Lubich who, with her thought and action for fraternity and peace, has left a legacy throughout the world.

“Celebrate to meet“ is the title that was given to this anniversary, allowing one the opportunity to meet her even today in the thousands of people who dedicate themselves to live for a more united and peaceful world; in the economic, political and cultural movements born of her spirituality; in the hundreds of social, environmental and humanitarian projects that contribute to building a more inclusive and just world. It is an opportunity to meet her also in the daily experiences of fraternity that is lived in Loppiano and in a series of initiatives and special events planned for the occasion.

Celebrations will begin on Sunday, January 19th, at 10:50 a.m., with Holy Mass at the Shrine of Mary Theotokos which will be broadcast live on Rai 1, during the program “A Sua Immagine”. The Bishop of Fiesole, Bishop Mario Meini will preside over the celebration and the international bands of Gen Rosso and Gen Verde will provide the music.

Loppiano will host the International Conference of Bishops entitled “A charisma at the service of the Church and humanity from February 10 to 12.

The anniversary of Renata Borlone’s death will be celebrated on March 8, giving space to the mystical dimension of the servant of God and her special relationship with Chiara Lubich. On March 14, the death anniversary of the founder of the Focolare Movement, the Bishop of Fiesole, Bishop Meini, will celebrate Holy Mass in the Shrine of Mary Theotokos. In Florence on the same day, the conference entitled “Chiara Lubich: woman of dialogue and unity. Honorary citizen of Florence” will take place in the Palazzo Vecchio of the Salone dei Cinquecento,

The May 1st event of Loppiano 2020, entitled “Now” will be meaningful. It is a title that expresses the urgency that young people feel strongly today: to act right away, “now”, to address the needs of the world by focusing on the most significant social and personal issues of our time: the right to peace, the recognition and respect for human rights, the protection of Creation. It is a reflection that starts from myself as the engine of peace and fraternity and is expressed in a call to action to choose to be responsible for and in the world.

The celebrations will continue with a series of cultural events being defined during the following months until December 2020,

Throughout the centenary celebrations, it will be possible to visit Chiara Lubich’s house in Loppiano, accompanied by a group of ‘pioneers’ who will tell visitors about Chiara’s special relationship with Loppiano and its inhabitants.  “We thought – the members of the centenary commission tell us – that even an environment, even the walls, can speak, can transmit the atmosphere that one breathed in that house. Certainly, we will not make it a museum (the house will still be habitable) but there is no better place for groups passing through Loppiano to meet those people who built it, in direct contact with Chiara”.

For more information about the centenary celebration and the events scheduled in Italy and around the world, please visit the website: http://centrochiaralubich.org/it/centenario/ 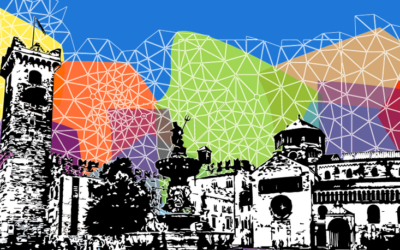 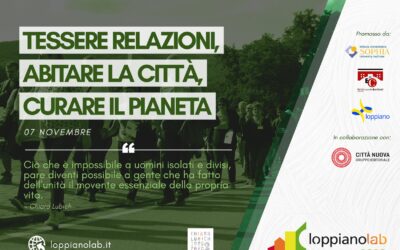 A Charism at the Service of the Church and Humanity

This evening, the little town recalls its founder five years after her departure for Heaven
Share This