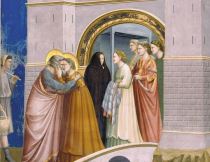 Gérard Rossé, Professor Emeritus of Biblical Theology at Sophia University Institute, makes us discover the literary, historical and social context of the above phrase taken from the Acts of the Apostles. This phrase is the title given to the 2020 Week of Prayer for Christian Unity.

The Week for Christian Unity will be celebrated in a few days, from January 18 to 25. This year, it is the Christian Churches of Malta and Gozo who have prepared the work of the text and have chosen a phrase taken from the Acts of the Apostles as the title for the celebrations: “They showed us unusual kindness“. The phrase refers to the shipwreck of St Paul on the island of Malta and the hospitality given by the local population. “Hospitality – the Christians of Malta write in the handout – is a highly necessary virtue in search for unity among Christians. […] Our very unity as Christians will be revealed not only through hospitality towards one another, though important, but also through loving encounters with those who do not share our language, our culture, and our faith”.

But what is the context in which this sentence was written, its historical meaning? We asked Gérard Rossé, Professor Emeritus of Biblical Theology at Sophia University Institute this question.

“The literal translation of the passage would be this: “The barbarians treated us with unusual philanthropy”. Luke considers the people of Malta as “barbarians”, not in the sense of savages, but as people who do not speak Greek. It can also be translated as “indigenous” or “inhabitants”. “Filantropia” (philanthropy, in Greek) means love for humankind, therefore goodness, benevolence, humanity. It was a virtue much appreciated in Hellenism: it was a virtue attributed to the gods, to generous people,” explains Professor Rossé.

Why was Paul traveling?

Are the facts to which you refer historical? What value should be attributed to them?

“First of all, there is a literary context to be taken into consideration: the sea voyage, adventurous, with storms and shipwrecks, is a well-known literary genre, which the author probably takes inspiration from to describe Paul’s voyage in depth. It is a voyage that is certainly historical but which is not told in the form of a chronicle. Luke’s intention remains the historical-salvific one. His is a theological intent: Paul faces dangers with total trust in God (like Jesus who “sleeps” in the storm: Lk. 8:23-33). An important theme emerges – divine protection in dangers. Protection that, on the one hand, confirms the apostle’s innocence and, on the other, that no obstacle can prevent the Word from reaching Rome. From the historical point of view, the story raises some perplexity. However, shipwrecks were also frequent in Ancient Times, and Paul himself writes that he lived at least three of them.

This passage of the Acts strongly recalls a current theme, that of reception. What can you tell us about it?

Here is what Seneca, the philosopher, writes: “That you may realize that doing good is desirable in itself, we help strangers who, as soon as they arrive in our port, will leave immediately; to a stranger who has been shipwrecked we give a ship and equip him with it, so that he may return home. He departs knowing as soon as possible who is responsible for his salvation, and, since we shall not see each other again, he transfers to the gods the debt he owes us and begs them to give us a return on his behalf; and in the meantime, we take pleasure in having granted a benefit which will not bear us fruit. (De Beneficiis, 4,11,3).

The theme of welcoming is a motif dear to Luke: see Levi’s lunch (Lk 5:29ff), the scene of the sinner in the Pharisee’s house (Lk 7:36ff) and the parables of Lk 15. Luke presents the inhabitants of Malta as a Christian model of social behavior and to them, God manifests His benevolence through the apostle.

In Malta, Paul is only passing through; neither Luke nor the tradition after him tells that he founded a Christian community. But the benevolence of its inhabitants has borne fruit because a living church will arise there!