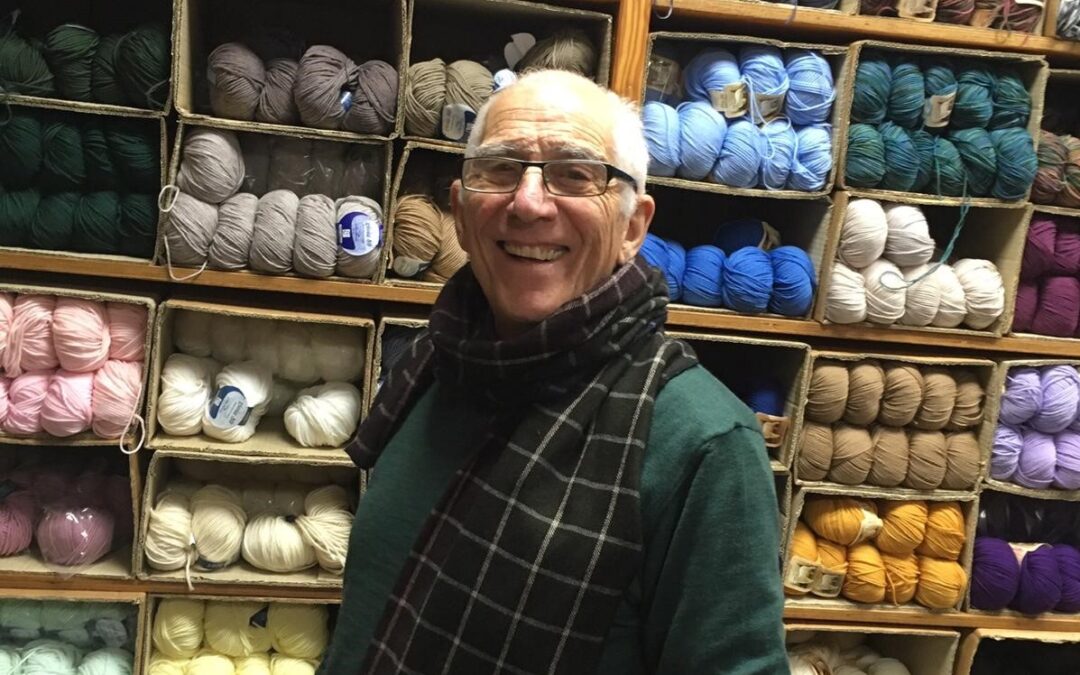 Giovanni Bertagna left us for heaven, on Thursday, October 22, just before midnight. He and his wife, Giuliana have been citizens of Loppiano since 2006.  He was a great fan of the Economy of Communion and was one of the first entrepreneurs who moved to the Lionello Bonfanti Industrial Park.

How many things one could say about Giovanni! Some relatives and friends tried to describe his personality to express their thanks at the funeral mass in the church of Loppiano on Saturday, October 24.

The result was a luminous, moving mosaic, of great depth and at the same time very lively. It is not possible, here, in the little space at our disposal, to relate all these precious experiences, even if they would help us to know this great man better.

For example, Mariateresa Fumi, co-responsible for the little city, has outlined the golden thread of his life: “You can’t think of Giovanni without Giuliana and their family. 53 years together.  4 children and 8 grandchildren. They come from two families of entrepreneurs from Brescia, from which they have inherited many Christian and human values such as honesty, generosity and sense of work. In 1974, married for some years, in a not easy period of their married life, Giuliana participated in a “Mariapolis”, an annual meeting of the Focolare Movement. There she encounters God-Love. She gets to know and experience the Gospel lived and is particularly struck by a phrase: “You cannot love God whom you do not see if you do not love the brother whom you see.  She immediately involves Giovanni. “A new relationship began in our family while we tried to accept ourselves as we were, without expecting to change the other but always starting over every time we failed. In these 53 years we have experienced joys, worries, faced difficulties, but we have always overcome them together and this has led us to an always newer relationship, getting to know each other better and entering more and more into each other”, Giuliana tells us.

Also with the children, love had grown. Giovanni has always had a very special love for them that was even made stronger when, in 2006, he and Giuliana, moved to Loppiano. In this little city, they put resources and skills at the service of the Economy of Communion project in the newly built “Lionello Bonfanti Industrial Park.”

Many of us have experienced Giovanni’s love, which was always concrete, always more delicate.

Once they had concluded the activity started at the Industrial Park, they made themselves available for many services in the little city. We all remember Giovanni’s welcoming smile at the Auditorium bar, and Giuliana, attentively listening to the guests. Together they opened their home and their hearts offering the fruits of unity in the family to many”.

The adventures that the Bertagna family lived in the Industrial Park would need a separate chapter.  Giovanni believed in the value of this section from the very beginning, risking everything to contribute to it. Luigino Bruni, with great emotion, expressed the gratitude of the world of the Economy of Communion with the following words; “Arrivederci Giovanni… Another book of Chiara’s Ideal goes with you, another wonderful story of those who have spent their lives following a voice. A voice that first led you to adhere to the crazy project of the Economy of Communion, immediately, with your usual heroic generosity. Then to leave your children and grandchildren to come with Giuliana to Loppiano, still following the same voice, believing in the impossible. The Lionello Industrial Park is also there for you; you who built it with faith. You were a Patriarch of the EoC, led by faith’, and you continued to believe, until the very end.

Others and I have written about the EoC, we have told it with words and books. You wrote it with your flesh, with blood, with your hands and feet. And for this, you put passion, feelings, emotions… For you, it was not a theory, it was simply life. There will still be EoC in the future if there is at least one more Giovanni Bertagna. Thank you Giovanni: in the name of the EoC, of your poor friends, of the entrepreneurs, of Chiara; and of all of us, your disciples and friends”.

Giovanni’s company has developed in the world of yarns, wool… in short, balls of yarn. For this reason, a niece has written:

Life and instrument of life.

Like life, a ball of yarn seems so small, soft, and delicate and yet how long it is and how many things it can do!

It has a beginning and an end.

Then it becomes a very powerful tool.

By intertwining with itself, it generates heat, shelter.

Interwoven with another thread it creates something it cannot do on its own.

If you leave it in Expert Hands, it can be an instrument of love.

It ties relationships, weaves possibilities, takes you where you could never have imagined.

Then your ball of yarn, Uncle, has been made of a very precious yarn.

You thought well to unite it tightly with that of our aunt.

You have made it a refuge, a comfort, a gift for others.

In conclusion, here is a message from Giovanni, written to his “volunteer” friends, which says something about Giovanni’s great love for the poor: “It seems to me this is the right day to decide to give something for the communion of goods, because today we remember Oscar Romero who gave his life for the poor. In comparison, mine is a small thing, but I have to do it, to give thanks to God for the gifts received”.

Thank you, Giovanni, for the gift that you gave to the Little City, to all of us!