Il Sorriso (The Smile). An artisan pastry shop at the Industrial Park. 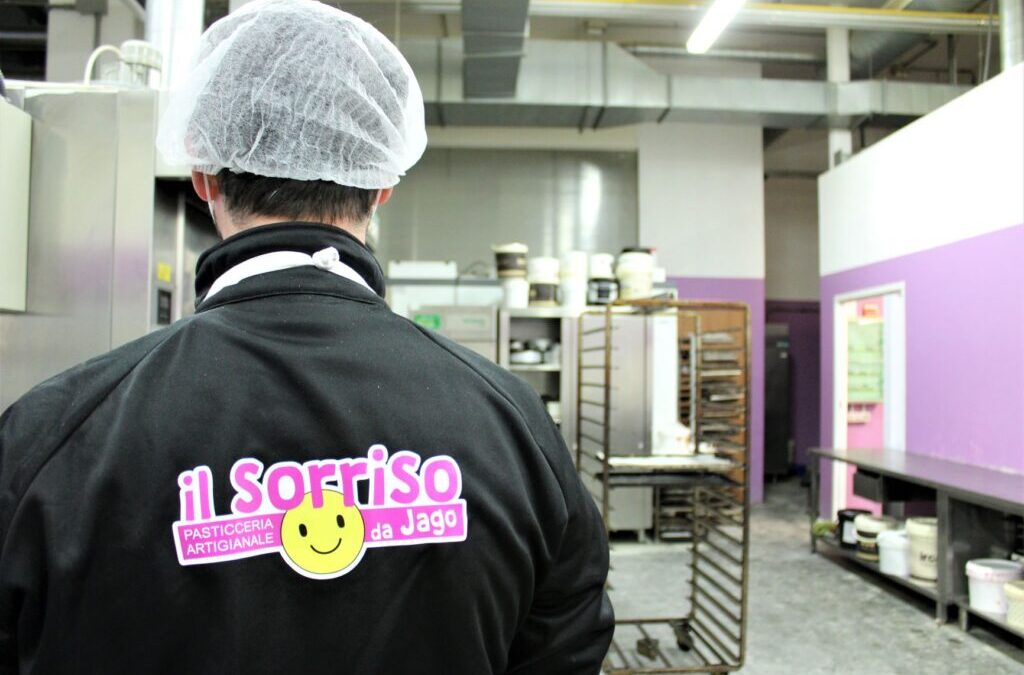 The Lionello Bonfanti Industrial Park and the stories of the businesses that populate it. We inaugurate a series of short stories of life and business with Jago and his artisan pastry shop “Il Sorriso”.

Perhaps it is the literary origin of the name (Jago is one of the characters of Othello, Shakespeare, also mentioned by Verdi in an opera) or the passion for opera and classical music of his father, which had influenced Jago as a child. The fact is that a lot of art and creativity flows in his DNA. Jago is a pastry chef who has had his workshop at the Lionello Bonfanti Industrial Park for over a year, flooding various areas of the business complex with the good aroma of “freshly baked” delicacies; for the inhabitants of the industrial park and for many other citizens of Valdarno it is now a reference point for every kind of occasion and festivity.

His experience includes hotel learning, experience in the kitchen and an internship in pastry that captures him, focusing on his true passion: pastry making! About two years ago, after about 15 years as an employee for some businesses of the territory, he found himself behind a truck with a “smile” emoji and at that instant the idea of the autonomous business came to him with the choice of name and logo: “Il sorriso. Pasticceria artigianale da Jago” (The Smile, Jago’s Artisan Pastry Shop), with the aim of getting to work and of making people appreciate his own culinary creations.

“I don’t do it for money” – Jago reiterates several times – “The challenges are many, as well as the sacrifices, the bureaucratic problems and some fixed costs that often weigh heavily, especially in times of crisis like the one we are going through, but… the passion is strong, so it urges me to always go ahead with courage and positivity“. Thus says his motto. And then satisfactions also come, first of all, in seeing the two full time employees come to work motivated and serene. “It’s a good team, in which everyone does his or her part,” he explains, “and where good relationships are established, between responsibility, humility and spirit of collaboration.”

And the good general relationship that Jago has with his employees and suppliers continues to the rest of the supply chain. Thus instilling trust in his customers who, despite physiological moments of slight downturn in orders, are stable and who appreciate the quality, seriousness and human approach of his work.  When talking about the other artisan confectioners in the area, he does not define them as real competitors or rivals, since each one has his own niches of customers.  And by personalizing tastes and requests, offering a great availability of service and applying honest prices, he knows he is working in a healthy and correct way. He also offers a wide range of products, including gluten-free products, and has therefore managed to gain a good position in the local market.

The “sorriso” (smile), the word chosen for the name, is just right: when you open the doors of his workshop, in the back rooms of the Lionello Industrial Park, you immediately feel welcomed, not only by those exhilarating scents, but above all by his kind expression of welcome that, even behind the mask, shows the smiling and passionate eyes of this young pastry artisan. Jago’s days start early and often have a rhythm of 7 days out of 7, except when he knows he can take a little longer break: the opening is usually at one o’clock in the morning (with an alarm clock around midnight so therefore a few moments of sleep), the night work is dedicated to leavening and baking, so that around 4.00 or 5.00 a.m. the deliveries are made to bars, bakeries, local groceries. Then, coming back at 7.00 a.m., the cycle starts again: the kneading for new products. The machinery is various: some were already present in the shop, since the room is partially equipped, others are his own. And most of them are used to knead and flatten the dough, while the shape of the finished product is almost always done by hand. With a high dose of imagination and skill in assembling ingredients, shapes, colors and flavors, the result is really inviting! And vast is the “repertoire” both sweet and salty, although the latter is a smaller percentage, given his specialties such as: millefoglie cakes, delicious peaches, mignons of all kinds and, not to betray the good Florentine tradition (also highlighted by the purple walls of the shop), exquisite cantuccini of every variant, from pistachio to chocolate to traditional ones.

Jago’s experience as an entrepreneur-pastry chef has been going on for a couple of years now. He had first started in another place. Then he decided to go back to the Lionello Bonfanti Industrial Park where he put his base of operations, knowing the rooms were equipped, from the time he worked for others. He also appreciated the values, system and related services of the Industrial Park.

He defines himself as a non-practicing believer, who does not love hypocrisy and has at heart every form of good in life, done and received: an element that inspires him in his daily work and in his relationships. Speaking of relationships, he tells us that his girlfriend cooks at home… so at least at home, he can rest a bit from ovens and stoves, but we can guarantee that when he is at work, the excellence of his creations is assured! 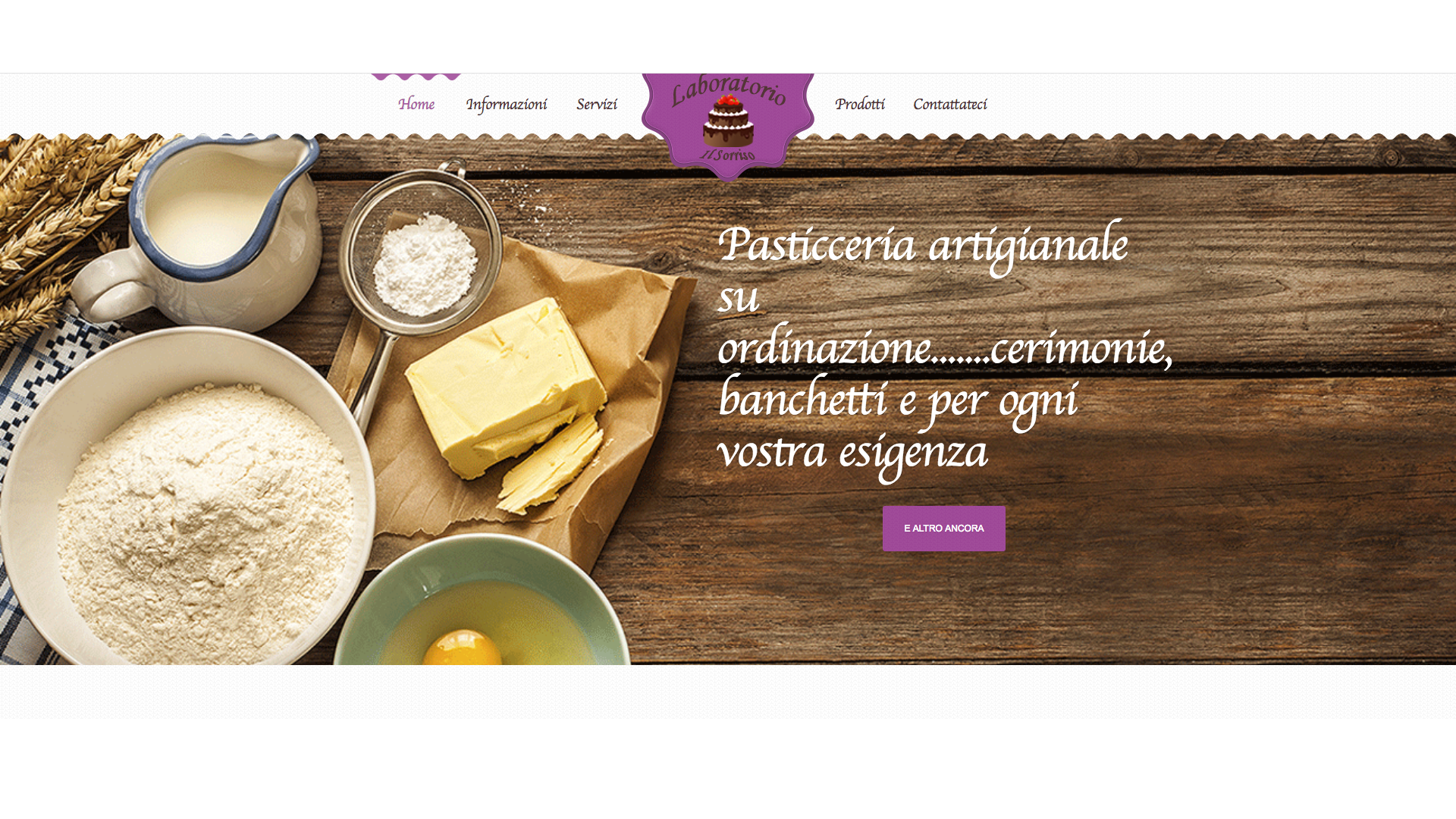