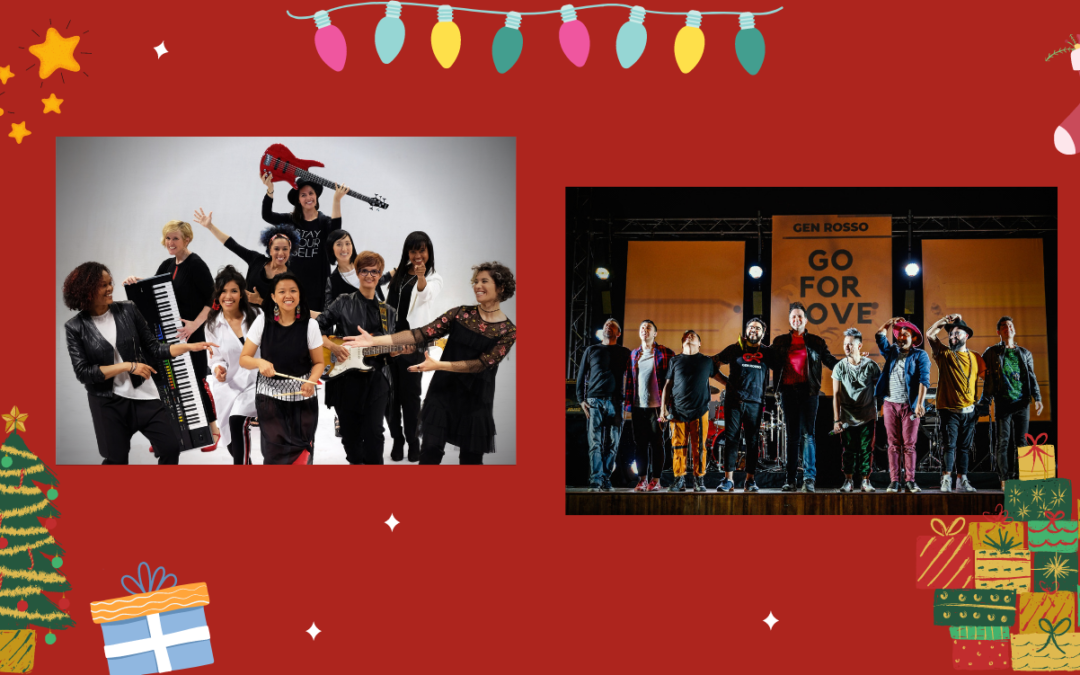 Today marks the “birthday” of our beloved bands, Gen Verde and Gen Rosso: 54 years! To all of them, from the founders to the artists of today, goes our thanks for their art, their lives and the message of fraternity that they continue to launch with their music!

The war in Vietnam was still going on, Simon and Garfunkel had released their second album, “The Sounds of Silence,” the Index of Forbidden Books had been revoked, and the first episodes of Star Trek were appearing on the small screen in the States. “It was 1966, when all the young people wanted a guitar,” Chiara Lubich recounted. “Seeing how many of them came to Loppiano, attracted by the life led there, I thought of giving a guitar and a set of drums to those two groups that would become Gen Verde, because the drum set was green, and Gen Rosso, because it was red; then things developed on their own».

To be precise, it was Christmas Eve 1966. One of the artists of the time recalls: “Two packages containing two sets of drums were delivered to Loppiano; a banal mishap inverted them, and so the red one ended up with the boys and the green one with the girls. The two groups, who would have taken their names from the color of the drums, found themselves “baptized” in reverse. The initials “gen”, instead, implied belonging to the second generation of the Focolare, the “new generation” that had been formed only a few months earlier».

This is how that instrument has become the symbol of a permanent revolution in which music, shared talents and offerings have been transformed into means for spreading the culture of unity. For both bands, today as in the past, the invitation to communicate, through their music, the message and the experience of fraternity on which the life of the little city is based, is valid.

Thus, in over 50 years of activity, Gen Verde has brought to the squares, theaters and stadiums of the world over 1,500 shows and events, creating hundreds and hundreds of tours and producing 70 albums in 9 languages. The same can be said of Gen Rosso, which has to its credit more than 1,500 concerts and shows, over 250 tours in 53 countries and 81 albums.