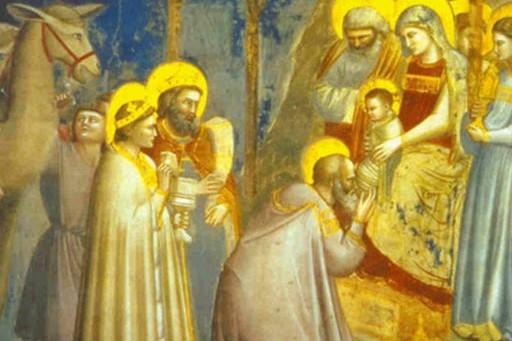 Igino Giordani, First married focolarino, describes the feast of the Epiphany as the first miracle of Christ which sets into motion the search for unity among people and things.

«With the coming of the Magi, castes and races that had forever been separated and divided, began a move that gathered them together around a Child. That Child was a king, a king without accommodations, but they visited him just the same, walking by the light of constellations and one guiding star.
This is the miracle of the Christ that releases people from fixed positions, unfastens hearts from self-interests that cause them to harden, it pushes them beyond their enclosures, to set people and things in motion in the search for unity and universality.

This journey of the Magi represents the effort to come together in spite of the distances, to elevate ourselves above the flatlands, with the offerings or our hearts and material possessions, from the desert of materialism to our unity in God: As Saint Augustine says, ‘God became human so that humankind could become God.’ One descended so that the other could ascend.
But it is a long journey and made of many nights and threats and tribulations. Truth is never reached without effort and fatigue. God is a prize that is given to those who laboriously search for Him; but whoever seeks finds».