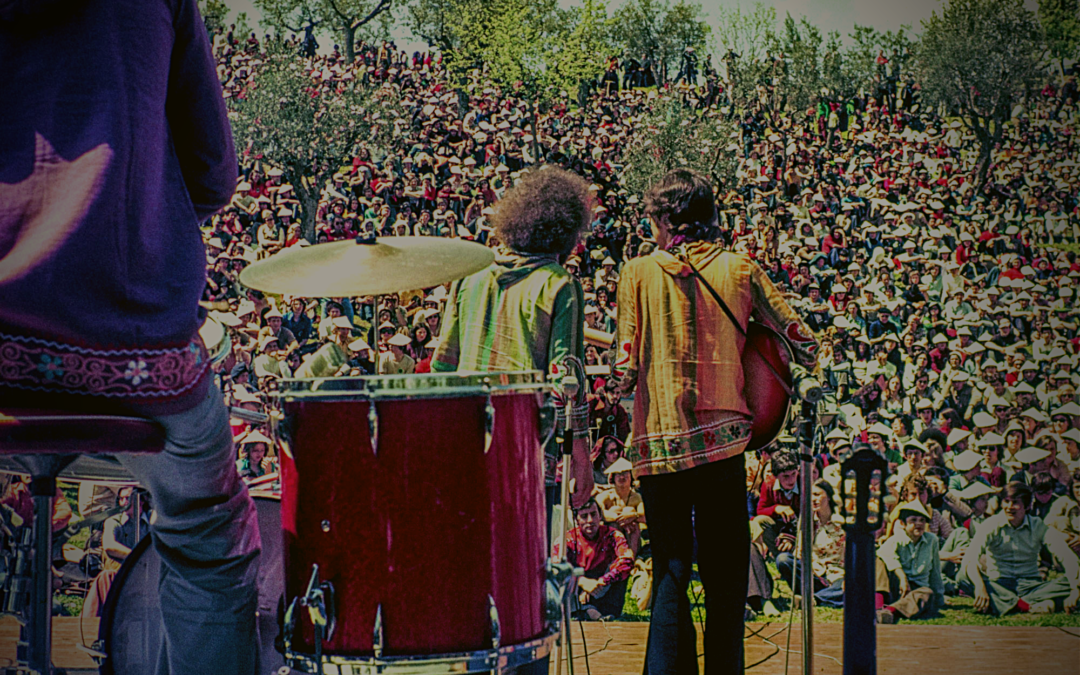 Loppiano’s First of May will be the kick-off event for United World Week 2021, titled #daretocare as the Pathway for a United World, which we have been following for the past year.

United World Week 2021 (UWW) will begin on May 1 and continue until the celebration of Europe Day on May 9. The opening event will be held on May 1 at Loppiano, which has been an annual appointment for thousands of young people from Italy and around the world ever since 1973.

It all began on May 1, 1973 when some 10,000 young people gathered on the Chianti hills where the first international citadel of the Focolare Movement had been built at Loppiano. They were mostly from the Western European world, with long hair and backpacks on their shoulders and visions of Woodstock and 1968 dancing in their heads. But there were also Asians, Africans, and South Americans among them, which gave a more global appearance to the event. “You don’t make revolutions singing songs,” sang the Italian singer-songwriter Francesco Guccini. Yet, in Loppiano, Gen Rosso, Gen Verde and the other bands made the desire to live for universal brother and sisterhood explode in the hearts of many.

Sally McAllister, now manager of the Gen Verde Musical Group, recalls: “I got to Loppiano on May Day 1973 with a group of young people from Belfast, a city that was being torn apart by a conflict that would last 30 years, causing the loss of thousands of lives. We were a mixed group, the atmosphere among us was friendly but tense. I don’t remember much about the program but the compelling testimony of Loppiano and that First of May event made the invisible but real barriers between us melt away. It literally changed the whole course of my life.”

The story did not end with that First of May 1973. The event was held again every year, each time addressing local and global issues through a rich program of art, music, dance, experiences of interreligious dialogue, social projects and legality that focused on universal brother and sisterhood for a more united world. 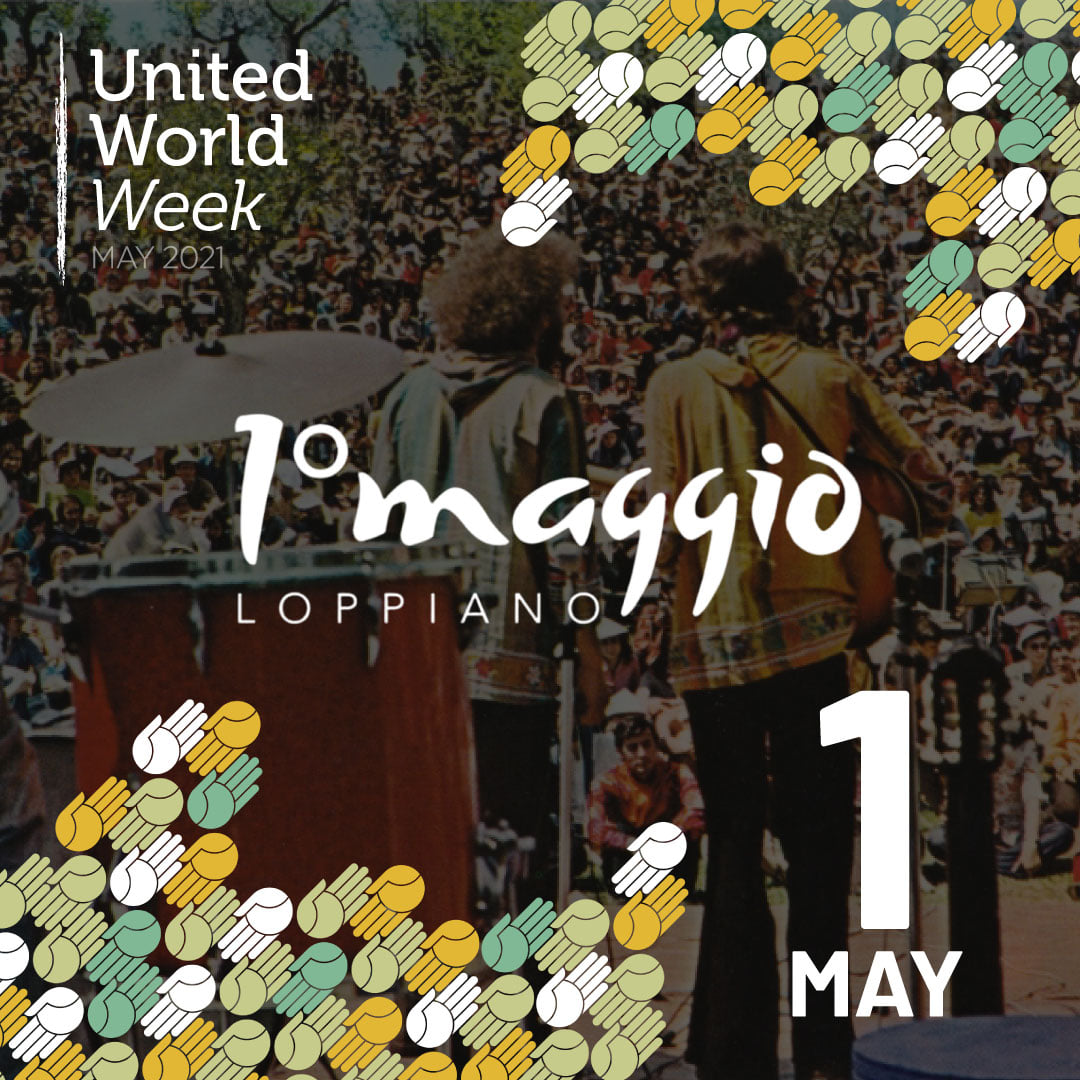 In 2020, First of May Loppiano was moved online due to the pandemic. Soon it will be possible to find all information on the website and official social networks of the events:

What is United World Week? 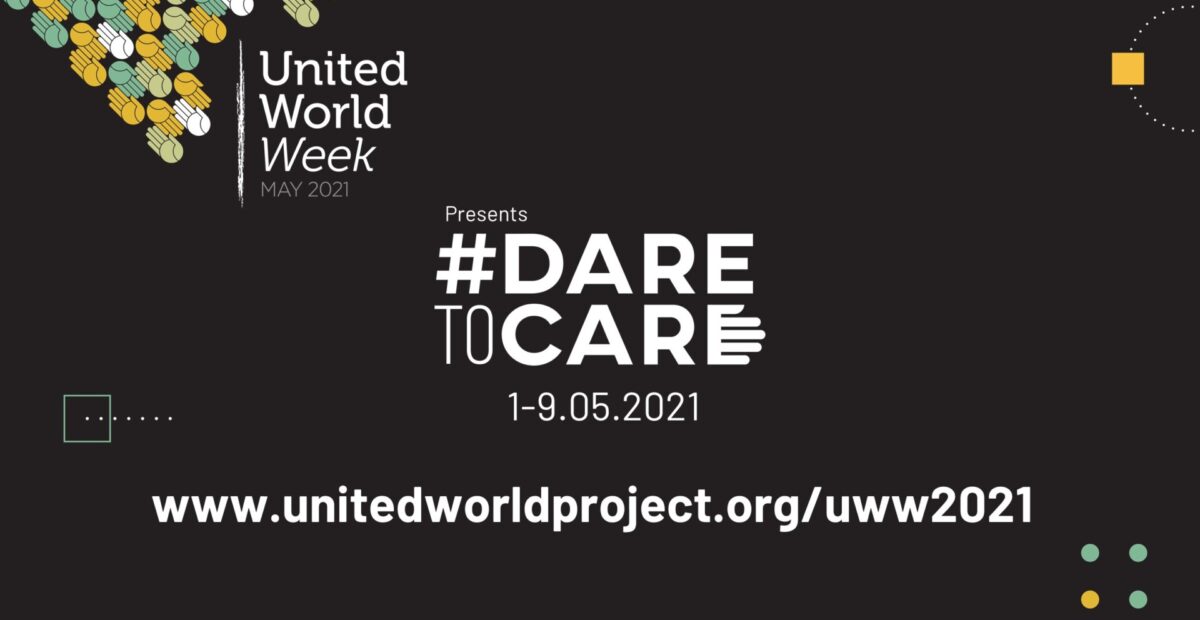 In 1995 a United World Week was launched, involving hundreds and thousands of people every year in a wide range of activities and projects aimed at influencing public opinion on the possibility of peaceful coexistence among people of different cultural and religious backgrounds, with total respect for the dignity of all human beings and the identity of every people and community. United World Week hopes to highlight the journey of the human race towards universal brother and sisterhood.

At the local level, projects aim at increasing the sense of brother and sisterhood within cities, neighborhoods, schools, sport, workplaces, sometimes engaging local, state and national administrations, institutions, associations, and so on. Internationally, these projects often assist and support emergency situations: victims of earthquakes, floods, famines, wars, pandemics, and so on.

Learn more about the UWW 2021 program by clicking the link: